from the Wall Street Journal by Melinda Beck – 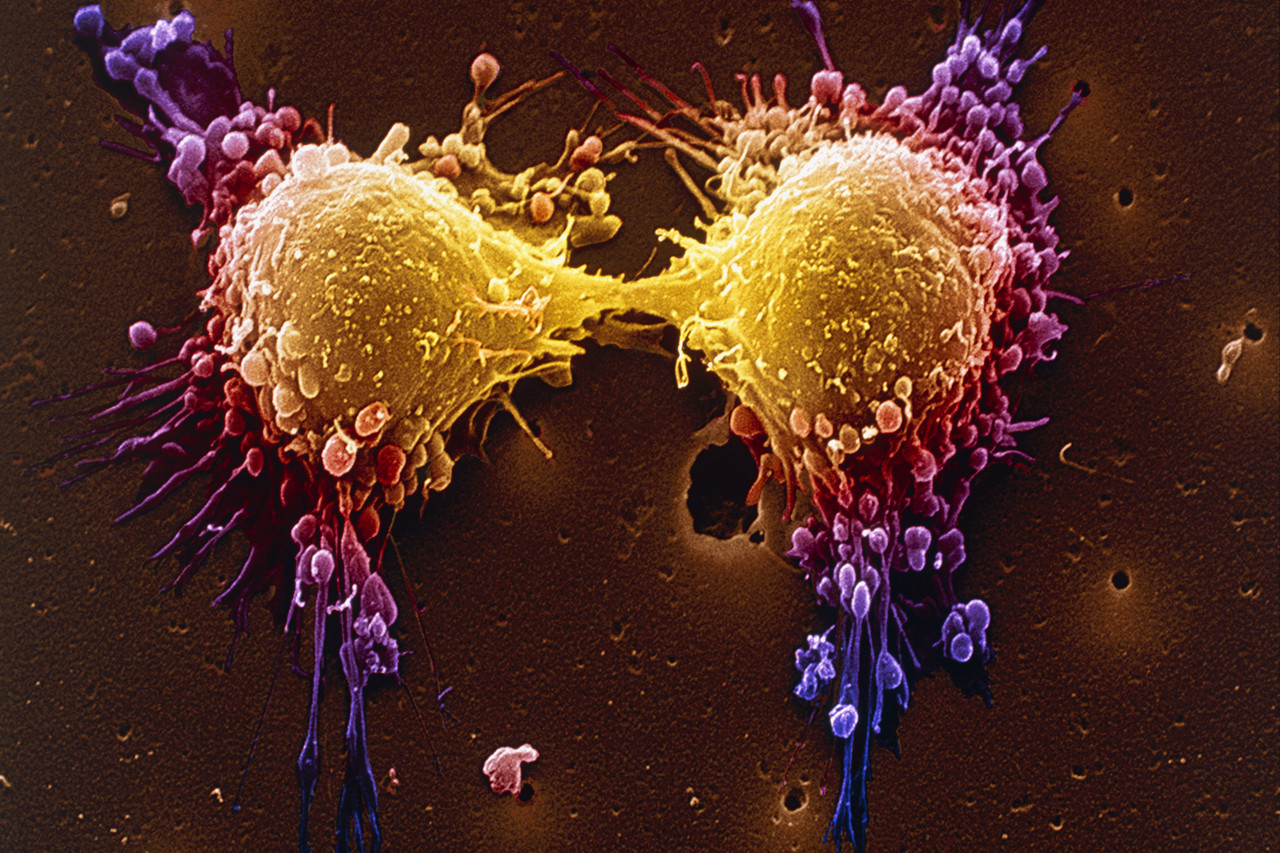 Cell division of a prostate-cancer cell, captured in a colored scanning electron micrograph (SEM) image. Several new tests performed on blood, urine or tissue samples aim to tell patients not simply if they have prostate cancer, but also whether it is aggressive enough to warrant treating—or whether it can be safety monitored instead.

When Al Piazza learned he had prostate cancer, his first thought was, “Let’s get this out and be done with it,” he says. But his urologist, Jeremy Lieb, said the side effects of treatment could be more harmful than the cancer itself.

Dr. Lieb ran a genetic test on the patient’s biopsy sample, which calculated that Mr. Piazza, then 70 years old, had only a 3% chance of dying from prostate cancer over the next 10 years if he left the tumor untreated.

Four years later, the retired AT&T manager from Discovery Bay, Calif., has been monitoring his cancer with regular blood tests and imaging scans and says he is comfortable leaving it alone. “My feeling is—it’s there, but it’s not going to kill me,” Mr. Piazza says.

The procedure done on Mr. Piazza’s tumor sample, called Prolaris by Myriad Genetics, is one of several new prostate-cancer tests that aim to reduce detection and treatment of tumors that are likely to be harmless while still spotting those that are lethal.

That has been a daunting challenge in recent years. Routine screenings for prostate cancer, using blood tests for prostate-specific antigen, or PSA, have dramatically increased early detection of the disease. More than 99% of cases are curable today. Most of the cancers that prostate screenings find are so slow-growing they are effectively harmless, experts say. Still, because some cancers are aggressive and deadly, most men have opted for treatment with surgery or radiation despite a significant risk of incontinence or impotence.
Advertisement

The ratio of potential benefit to harm is so small that the U.S. Preventive Services Task Force recommended in 2012 that men not be screened for prostate cancer at all.

The new tests, using blood, urine and tissue samples, go well beyond PSA tests and aim to tell men, in advance, not simply if they have prostate cancer, but also if it is aggressive enough to warrant locating and treating or if it can be safely monitored instead. (Gleason scores, which pathologists use to grade prostate cancers found on biopsies, help classify them as low, intermediate or high risk but don’t always reflect the cancer’s true aggressiveness.)

“The solution isn’t to stop screening. The better idea is to use more specific tests,” says Stacy Loeb, an assistant professor of urology and population health at New York University School of Medicine, who led a session on the new tests at the American Urological Association’s annual meeting, May 6 to May 10.