Extracellular vesicles (EVs) are nanoparticles found in all biological fluids, capable of transporting biological material around the body. Extensive research into the physiological role of EVs has led to the development of the Minimal Information for Studies of Extracellular Vesicles (MISEV) framework in 2018. This framework guides the standardisation of protocols in the EV field. To date, the focus has been on EVs of human origin. As comparative medicine progresses, there has been a drive to study similarities between diseases in humans and animals. To successfully research EVs in felines, we must validate the application of the MISEV guidelines in this group. EVs were isolated from the plasma of healthy humans and felines.

Researchers at UCD School of Medicine carried out EV characterisation according to the MISEV guidelines. Human and feline plasma showed a similar concentration of EVs, comparable expression of known EV markers and analogous particle to protein ratios. Mass spectrometry analyses showed that the proteomic signature of EVs from humans and felines were similar. Asymmetrical flow field flow fractionation, showed two distinct subpopulations of EVs isolated from human plasma, whereas only one subpopulation was isolated from feline plasma. Metabolomic profiling showed similar profiles for humans and felines. In conclusion, isolation, and characterisation of EVs from humans and felines show that MISEV2018 guidelines may also be applied to felines. Potential comparative medicine studies of EVs may provide a model for studying naturally occurring diseases in both humans and felines. 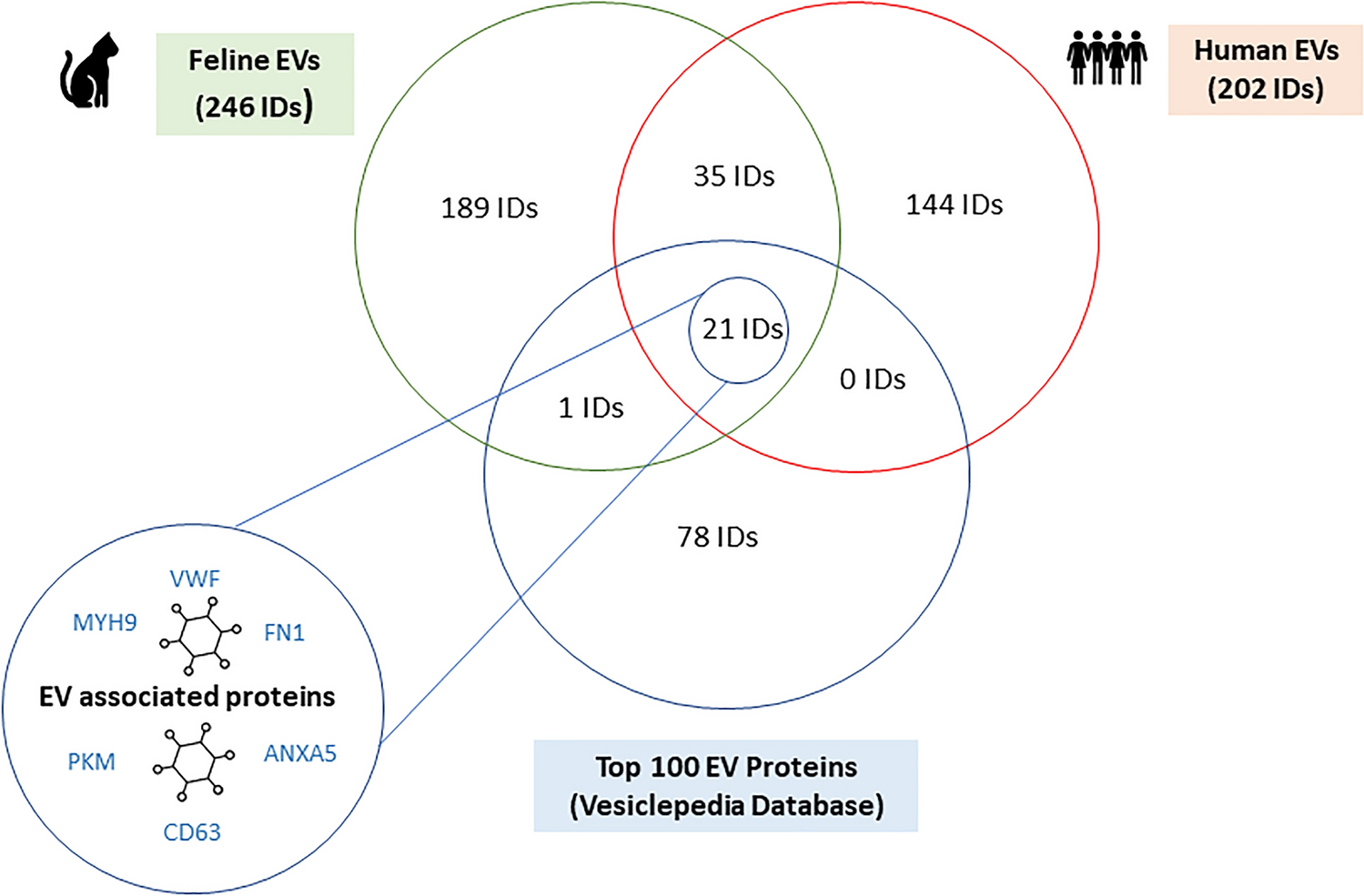