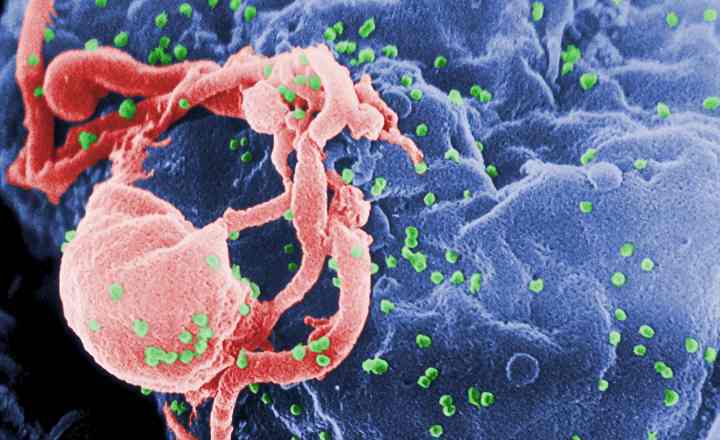 Taken together, tuberculosis (TB) and Human Immunodeficiency Virus/​Acquired Immunodeficiency Syndrome (HIV/AIDS) cause over 2.2 million deaths each year worldwide. The two also often occur simultaneously, with people with HIV being more likely to develop TB than people who do not have HIV. Mycobacterium tuberculosis (Mtb), the bacterium that causes TB, is known to enhance the multiplication of HIV. This synergy between the two pathogens hampers the treatment of both the conditions.

Now, a group of researchers led by Amit Singh, Associate Professor, Centre for Infectious Diseases Research, Indian Institute of Science (IISc), Bangalore, has deciphered one of the ways via which TB accelerates AIDS — reactivating dormant HIV within immune cells.

The researchers found that Mtb-infected macrophages secreted membrane-bound spherical structures, called exosomes, which could, by themselves, activate the virus in the nearby cells. This discovery of the exosomes from Mtb-infected macrophages and their ability to talk to cells that lie far away was the turning point of the study. This could explain how Mtb exacerbated HIV and provided a lead to investigate the molecular pathways involved.

On probing further, the team found that the exosomes contained several proteins derived from the Mtb-infected macrophages. The researchers mapped these constituents to the molecular pathways they were involved in, identifying two specific pathways (galectins and heat shock proteins) that trigger HIV‑1 reactivation. Blocking one of the proteins involved in these pathways with an inhibitor drug could stop the exosomes from reactivating HIV‑1. This suggests that this inhibitor might be able to provide a functional treatment for HIV-TB co-infected patients and might improve their quality of life. However, this hypothesis must be tested with more experiments.

“It is exciting to know that exosomes from Mtb-infected macrophages also package specific molecular factors, which contribute to reactivation of HIV in certain target cells,” Kumar says. ​“This new mechanism can be exploited to develop novel tools for handling the challenge of co-morbidity associated with HIV.”

The exosomes also decrease the level of Glutathione, a molecule that protects cells from oxidative stress, and has been linked to HIV-reactivation. This might be another pathway via which the two pathogens synergise.

​“Interestingly, Glutathione levels are known to be depleted in TB patients and also in the lungs of animals infected with Mtb,” says Singh.

Singh explains that while this report provides some initial clues of how Mtb reactivates HIV‑1 and further work is needed to reveal these mechanisms inside a living system.

“The significance of our research is in identifying the role of fundamental mechanisms that catalyze HIV-Mtb synergy,” Singh says. ​“This will greatly enhance our understanding of co-infection [of HIV‑1 and Mtb], lead to a wider impact on the biomedical research community and create new translational opportunities.”