A novel electrochemical aptasensor for exosomes determination and release

The superior supramolecular recognition ability of macrocyclic compounds will enhance the sensitivity and selectivity of electrochemical detection, which has a great application potential in electrochemical sensing. Nankai University researchers developed a novel electrochemical aptasensor based on the specific host-guest interactions between cucurbit [7]uril and ferrocene (Fc) for capture, determination and release of exosomes. Macrocyclic compounds, cucurbit [7]uril is modified on the surface of the gold nanoparticles composed electrode by self-assembling. CD63 aptamer linked ferrocene is introduced into this platform to capture exosomes specifically by CD63 protein on the exosomes. The dual specificity of macrocyclic compounds and aptamers enables highly selective and sensitive electrochemical detection of exosomes. The limit of detection (LOD) was 482 particles μL-1. In addition, the captured exosomes could be released on demand in a very mild manner through aminoferrocene (NH2-Fc) because of its higher affinity to cucurbit [7]uril. The proposed electrochemical aptasensor showed good performance in detecting exosomes even in plasma samples, thus demonstrating its great potential in early clinical diagnosis. Simultaneously, exosomes could be released undamaged by this protocol, exhibiting good applicability in comprehensive studies of exosomes. Moreover, this strategy can be applied to other target biomolecules by changing the recognition pairs. 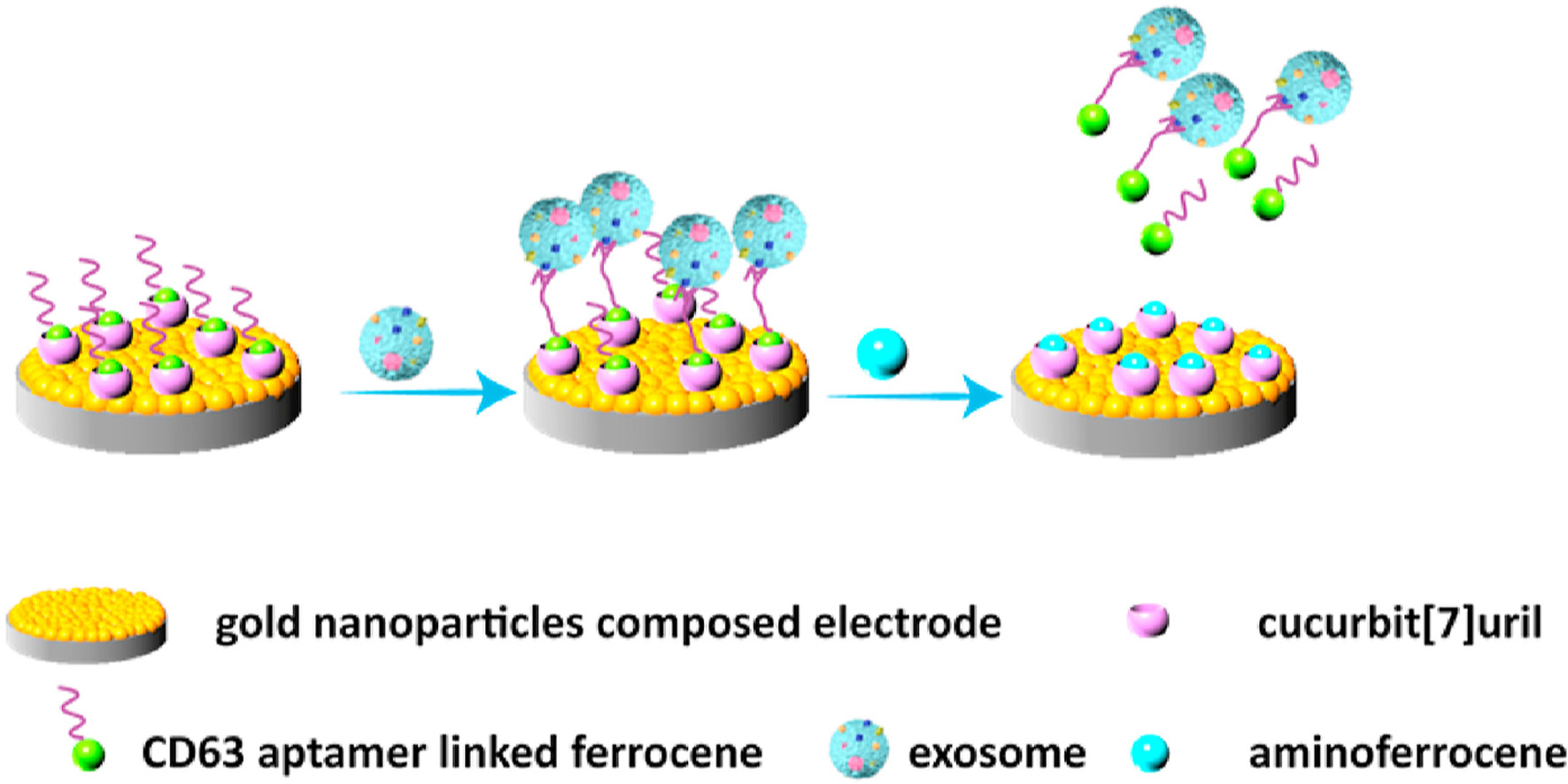 Specific host-guest interactions between cucurbit [7]uril and ferrocene (Fc) based electrochemical aptasensor was developed to capture and release exosomes.