from Bloomberg News By Megan Scudellari 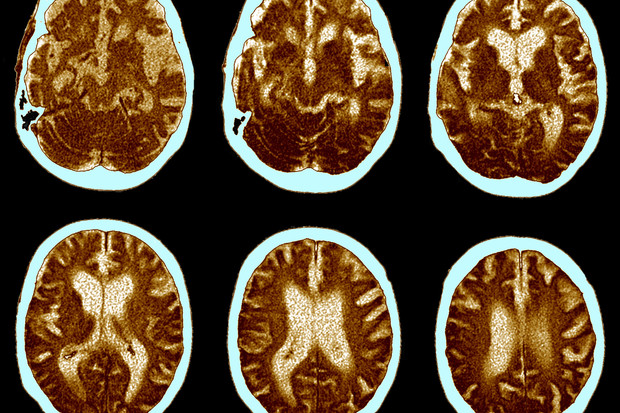 A new blood test for Alzheimer’s appears to detect the disease as many as 10 years before clinical diagnosis is possible — far sooner than other tests in development.

The test, described publicly for the first time yesterday, could soon be used to identify and treat patients with Alzheimer’s earlier in their disease progression. Those people could participate in clinical trials to help find new treatments. Already, the test distinguishes between patients and healthy elderly with 100 percent accuracy.

“We will need replication and validation, but I’m very optimistic this work will hold,” Dimitrios Kapogiannis, the study’s lead author and a neuroscientist at the National Institute on Aging, said after a presentation at the Society for Neuroscience conference in Washington yesterday.

The blood test is still in the early stages of development and has only been evaluated in 174 individuals, requiring a larger, long-term study before widespread use, the authors said in a statement. NanoSomiX, an Aliso Viejo, California-based biotech company that develops blood assays for neurodegenerative diseases and is sponsoring the study, plans to produce a commercial version of the test, the company said in a separate statement.

At the National Institute on Aging, Kapogiannis and his team identified a single protein in the brain involved in insulin signaling, called IRS-1, that appears to be defective in Alzheimer’s patients.

The researchers gathered blood samples from 70 individuals with Alzheimer’s disease, 20 cognitively normal elderly with diabetes, and 84 healthy adults. Of the participants, 22 of the Alzheimer’s patients provided samples taken one to 10 years before diagnosis.

From the samples, the researchers isolated exosomes, little lipid sacs that bud off cell membranes and carry signals to other cells and tissues. From the resulting pool of exosomes, they identified just those originating in the brain, which contain IRS-1, and measured the levels of the protein.

These levels were so consistent that the team could predict whether a blood sample came from an Alzheimer’s patient, healthy individual, or a diabetic — with no errors. This was true even for samples from Alzheimer’s patients taken 10 years before they were diagnosed.

“We were able to perfectly classify patients and controls,” Kapogiannis said during his presentation.