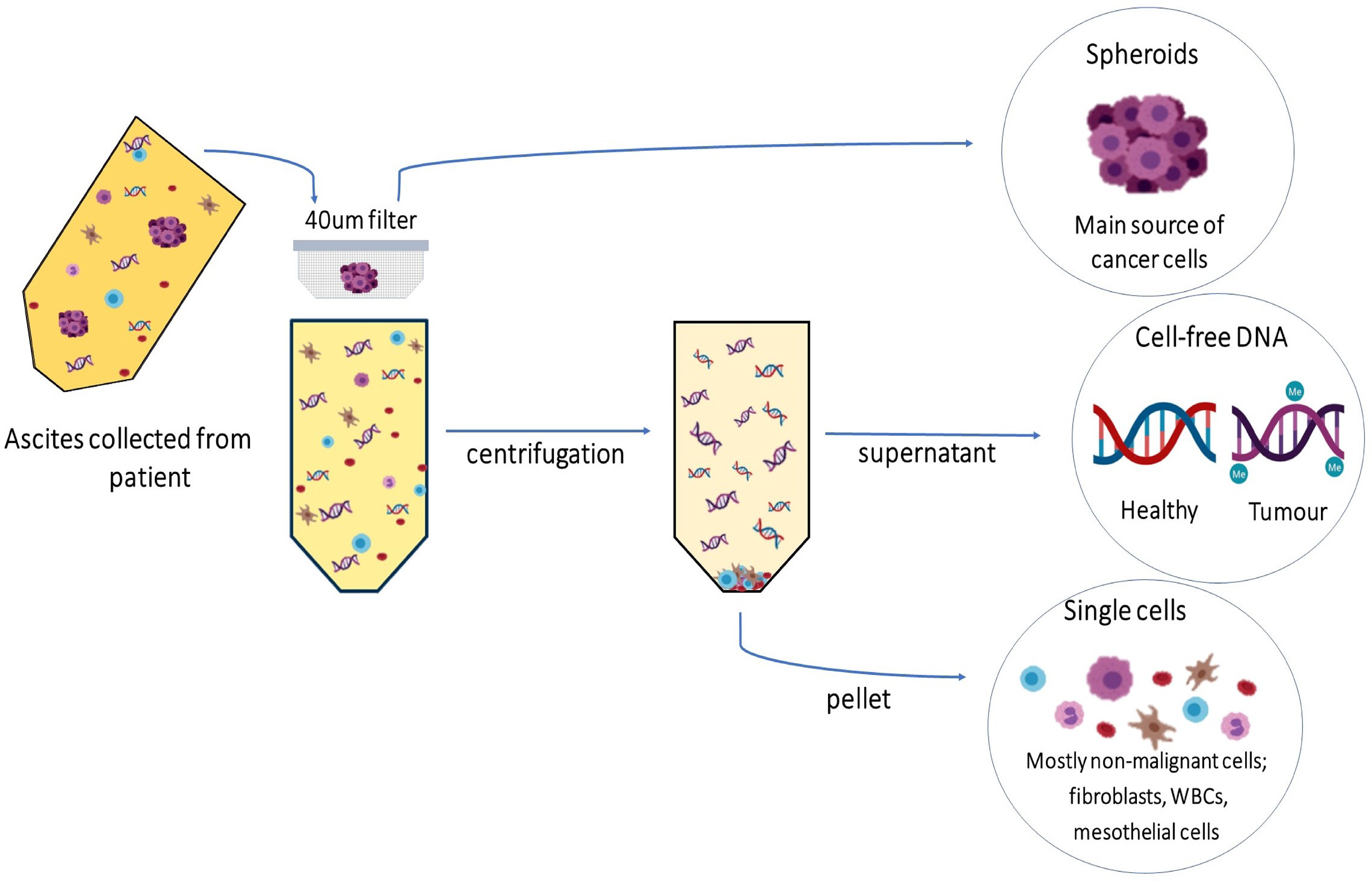 Malignant ascites is a common clinical feature of ovarian cancer and represents a readily accessible sample of tumour cells and tumour DNA. Researchers at the University of New South Wales aimed to characterise the cell-free DNA (cfDNA) in ascites in terms of its size profile, stability and cell-free tumour DNA (cftDNA) content.

Cell spheroids, loose cells and cell-free fluid was collected from ascites from 18 patients with ovarian cancer. cfDNA was isolated and assessed for size by electrophoresis, concentration by fluorometry, cftDNA content by methylation specific qPCR of HOXA9 and IFFO1 promoter regions and by targeted sequencing. Stability was assessed after ascites fluid was stored at 4 °C for 24 and 72 h before fractionating.

The concentration of cfDNA in ascites ranged from 6.6 to 300 ng/mL. cfDNA size distribution resembled blood plasma-derived cfDNA, with major peaks corresponding to mono- and di-nucleosome DNA fragments. High molecular weight cfDNA was observed in 7 of 18 patients and appeared to be associated with extracellular vesicles. IFFO1 and HOXA9 methylation was proportionately higher in cfDNA than spheroid- and loose-cell fractions and was not observed in healthy primary cells. Variant allele frequency was highest in cfDNA compared to single cells and spheroids from ascites. Though cancer cell numbers in ascites declined to near zero in recurrent ascites from one patient undertaking chemotherapy, cftDNA could still be sampled. cfDNA size, concentration and tumour content was stable over 72 h.

cfDNA in ovarian cancer ascites demonstrates inter-patient variability, yet is consistently a rich source of cftDNA, which is a stable substrate. This supports the wider clinical use of ascites in the molecular analysis of ovarian cancer.