Cells Talk in a Language That Looks Like Viruses 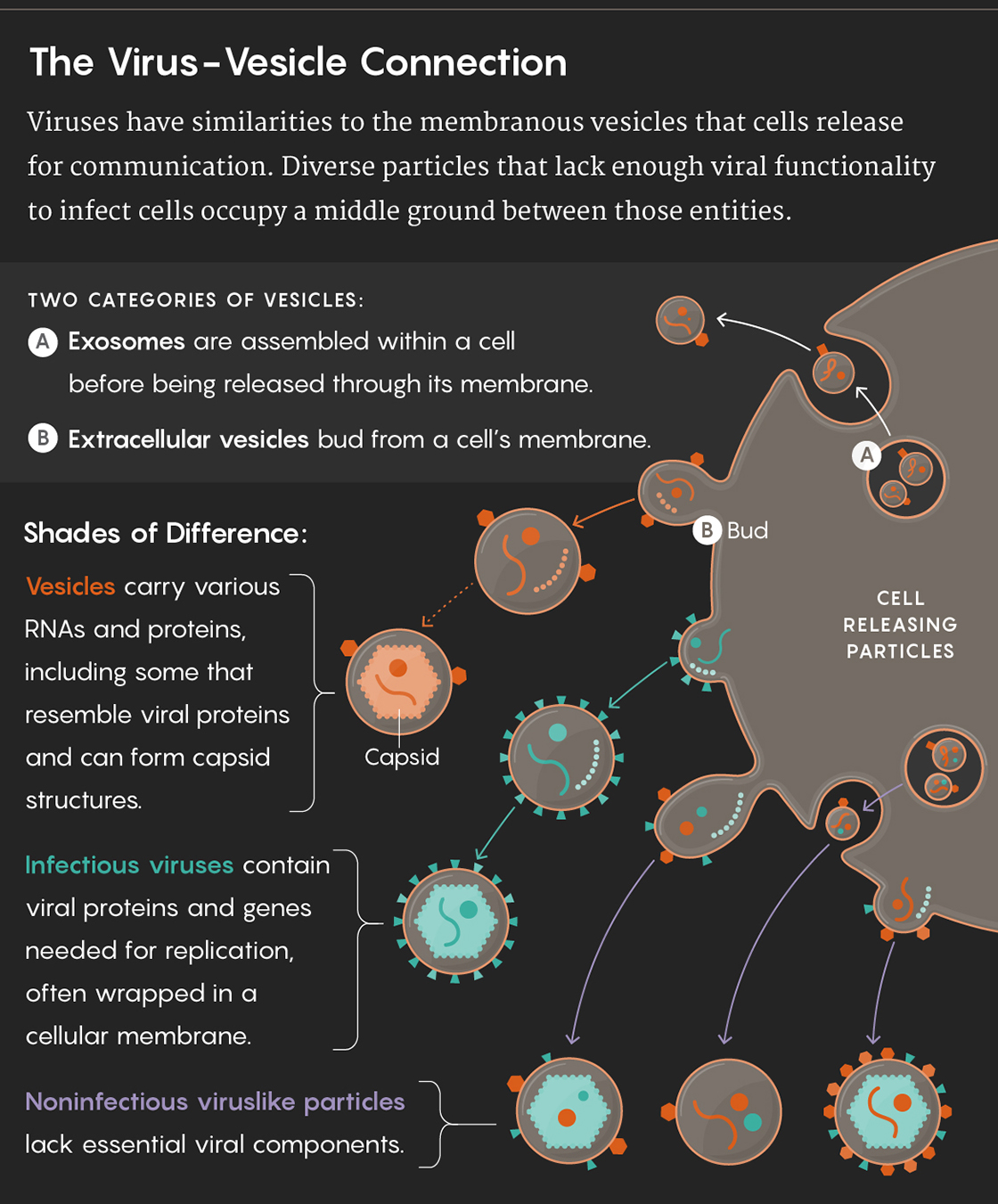 From Quantat Magazine by Carrie Arnold –

Live viruses may seem completely different from the message-carrying vesicles that cells release. But a vast population of particles intermediate between the two hints at their deep evolutionary connection.

For cells, communication is a matter of life and death. The ability to tell other members of your species — or other parts of the body — that food supplies are running low or that an invading pathogen is near can be the difference between survival and extinction. Scientists have known for decades that cells can secrete chemicals into their surroundings, releasing a free-floating message for all to read. More recently, however, scientists discovered that cells could package their molecular information in what are known as extracellular vesicles. Like notes passed by children in class, the information packaged in an extracellular vesicle is folded and delivered to the recipient.

The past five years have seen an explosion of research into extracellular vesicles. As scientists uncovered the secrets about how the vesicles are made, how they package their information and how they’re released, it became clear that there are powerful similarities between vesicles and viruses.

A small group of researchers, led by Leonid Margolis, a Russian-born virologist at the National Institute of Child Health and Human Development (NICHD), and Robert Gallo, the HIV pioneer at the University of Maryland School of Medicine, has proposed that this similarity is more than mere coincidence. It’s not just that viruses appear to hijack the cellular pathways used to make extracellular vesicles for their own production — or that cells have also taken on some viral components to use in their vesicles. Extracellular vesicles and viruses, Margolis argues, are part of a continuum of membranous particles produced by cells. Between these two extremes are lipid-lined sacs filled with a variety of genetic material and proteins — some from hosts, some from viruses — that cells can use to send messages to one another.

“There are fundamental differences between viruses and vesicles: Viruses can replicate and vesicles cannot,” Margolis said. “But there are many variants in between. Where do viruses start, and where do extracellular vesicles start?”