Biomarkers in the blood of cancer patients include circulating tumor cells (CTCs), tumor-educated platelets (TEPs), tumor-derived extracellular vesicles (tdEVs), EV-associated miRNA (EV-miRNA), and circulating cell-free DNA (ccfDNA). Because the size and density of biomarkers differ, blood is centrifuged to isolate or concentrate the biomarker of interest.

University of Amsterdam researchers applied a model to estimate the effect of centrifugation on the purity of a biomarker according to published protocols. The model is based on the Stokes equation and was validated using polystyrene beads in buffer and plasma. Next, the model was applied to predict the biomarker behavior during centrifugation. The result was expressed as the recovery of CTCs, TEPs, tdEVs in three size ranges (1-8, 0.2-1, and 0.05-0.2 μm), EV-miRNA, and ccfDNA. Bead recovery was predicted with errors <18%. Most notable cofounders are the 22% contamination of 1-8 μm tdEVs for TEPs and the 8-82% contamination of <1 μm tdEVs for ccfDNA. A Stokes model can predict biomarker behavior in blood. None of the evaluated protocols produces a pure biomarker. Thus, care should be taken in the interpretation of obtained results, as, for example, results from TEPs may originate from co-isolated large tdEVs and ccfDNA may originate from DNA enclosed in <1 μm tdEVs.

Centrifugation to isolate biomarker of interest from whole blood 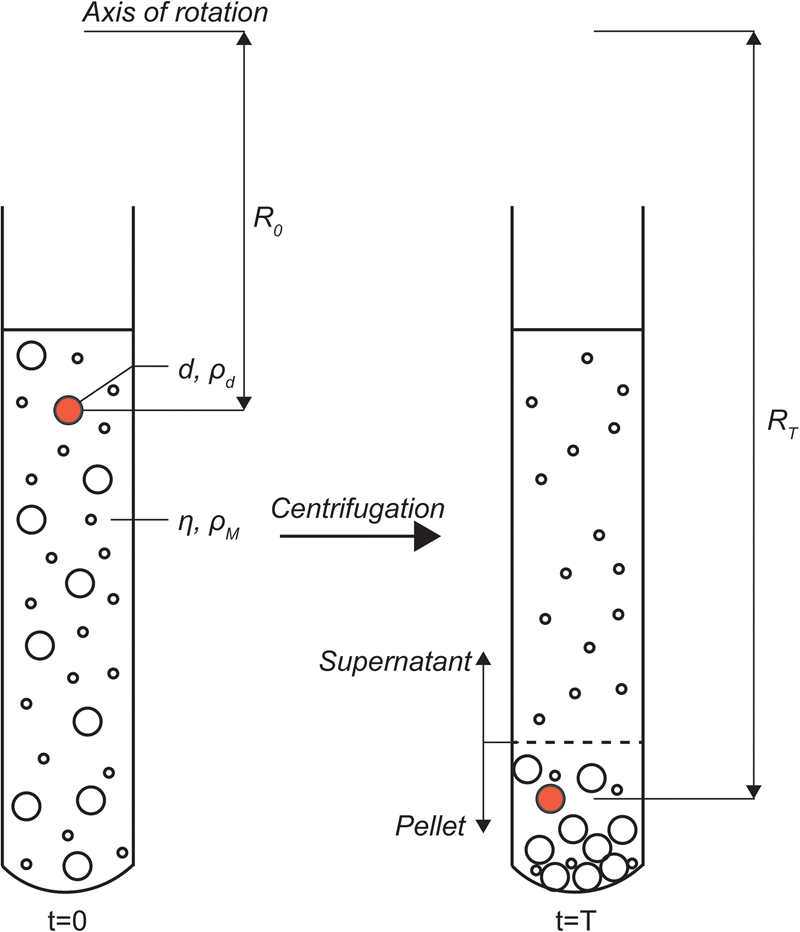