Cellular exosomes are involved in many disease processes and have the potential to be used for diagnosis and treatment. In this study, researchers from Peking Union Medical College compared the characteristics of exosomes derived from human ovarian epithelial cells (HOSEPiC) and three epithelial ovarian cancer cell lines (OVCAR3, IGROV1, and ES-2) to investigate the differences between exosomes originating from normal and malignant cells. Two established colloid-chemical methodologies, electron microscopy (EM) and dynamic light scattering (DLS), and a relatively new method, nanoparticle tracking analysis (NTA), were used to measure the size and size distribution of exosomes. The concentration and epithelial cellular adhesion molecule (EpCAM) expression of exosomes were measured by NTA. Quantum dots were conjugated with anti-EpCAM to label exosomes, and the labeled exosomes were detected by NTA in fluorescent mode. The normal-cell-derived exosomes were significantly larger than those derived from malignant cells, and exosomes were successfully labeled using anti-EpCAM-conjugated quantum dots. Exosomes from different cell lines may vary in size, and exosomes might be considered as potential diagnosis biomarkers. NTA can be considered a useful, efficient, and objective method for the study of different exosomes and their unique properties in ovarian cancer. 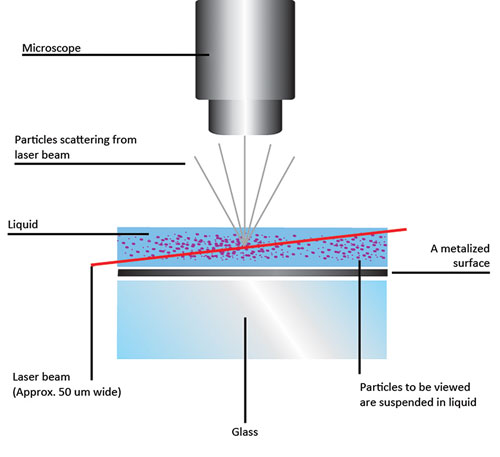 Identity of ovarian cancers shaped through transfer of exosome-derived microRNAs