The underlying mechanisms for health effects of traffic-related air pollution (TRAP) are still unclear. Small RNA sequencing (RNA-seq) in exosomes represents as a powerful approach to elucidate biological pathways in response to environmental exposure. We therefore aimed to explore impact of TRAP exposure on exosomal miRNAs.

The average concentrations of air pollutants including ultrafine particles, black carbon, nitrogen dioxide, and carbon dioxide were 2-3 times higher in the Road compared to those in the Park. The researchers identified 271 exosomal miRNAs (212 up-regulated and 59 down-regulated) that were significantly associated with TRAP. They found 5 miRNAs with 242 experimentally validated mRNA targets that were involved in cardiovascular pathway, cytokine signaling, and immune response. The ddPCR analysis suggested that miR-3612, miR-21-5p, and miR-195-5p were significantly changed following TRAP exposure. 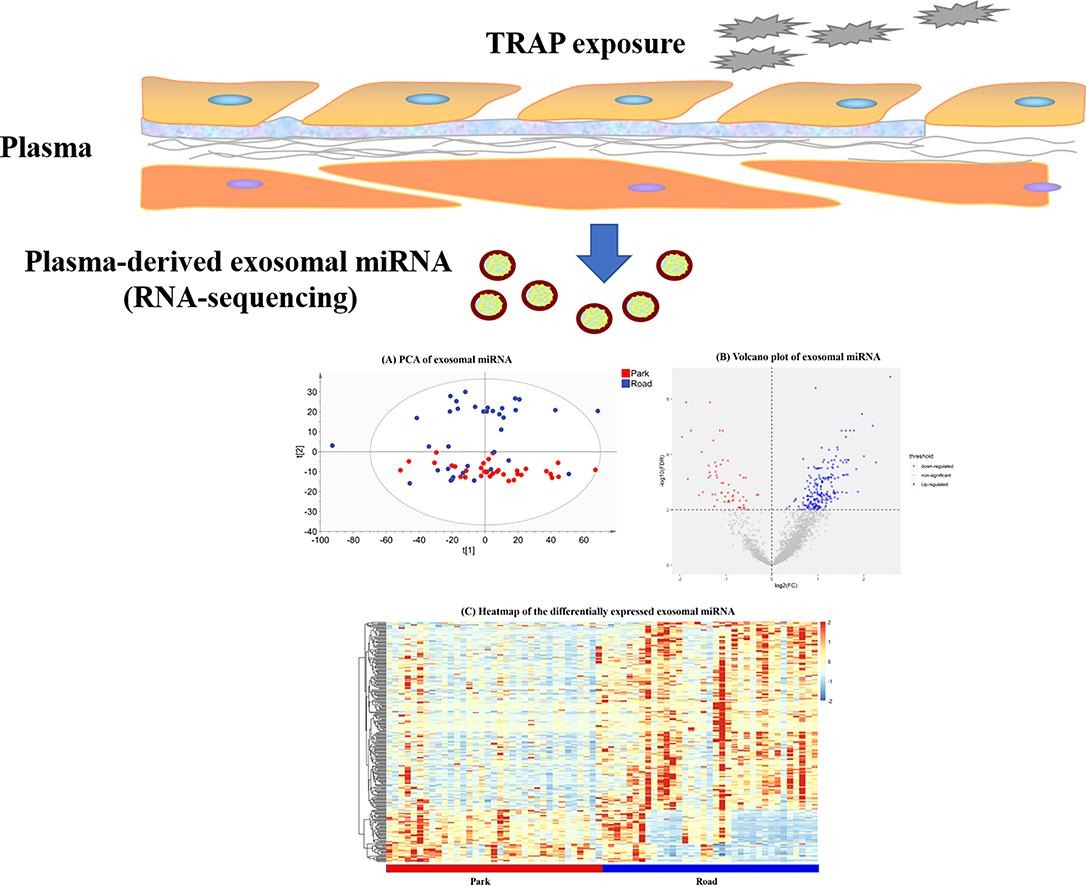 For the first time this trial characterized the genome-wide changes of exosomal miRNA associated with TRAP exposure. The molecular profiling of exosomal miRNAs and “novel” associations of some miRNAs were useful for understanding on biological mechanisms for the adverse effects of TRAP.