Circular RNAs and exosomes in cancer

Circular RNAs (CircRNAs) are a type of non-coding RNAs (NcRNAs) with a closed annular structure. Until next-generation sequencing (NGS) is developed, the misunderstanding of circRNAs ‘splicing error’ has changed, and the mysterious veil of circRNAs has been revealed. NGS provides an approach to investigate circRNAs. Many scholars point out that circRNAs may play an important role in many diseases, especially cancer. At the same time, exosomes, as a kind of extracellular vesicles loaded with many contents, are a hotspot in recent years. They can act as ‘messengers’ between cells, especially in cancer. Lately, it is interesting circRNAs are enriched and stable in exosomes, also called exo-circRNAs, and there have been several articles on circRNAs associated with exosomes. In this review, Nanjing Medical University researchers summarize the characteristics of circRNAs, especially its main functions. Then, they briefly introduce exosomes and their function in cancer. Finally, the known relation between circRNAs and exosomes is discussed. With further researches, exo-circRNAs may be a novel pathway for cancer diagnosis and targeted therapy.

CircRNAs are generated in the process of splicing of pre-mRNA and compete with the counterparts, mRNA. CircRNAs are generally classified into three types depending on the component. (1) Exonic RNAs (EcircRNAs) are the most common circRNAs, generated by exons only. (2) Circular intronic RNAs (ciRNAs) are generated by two or more connected introns and are rare in eukaryocytes, for example, intron I and intron II. (3) EIciRNAs are circularized with introns ‘retained’ between the exons. Exons can skip splicing, as shown above, and exon 1 can link with exon 3 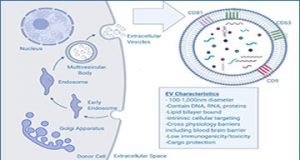 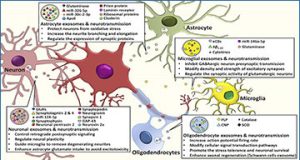 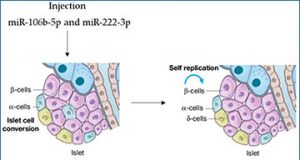 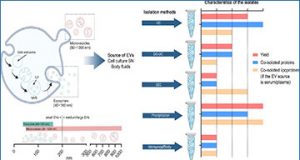 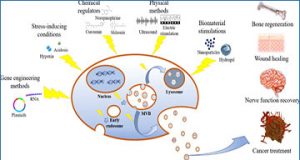 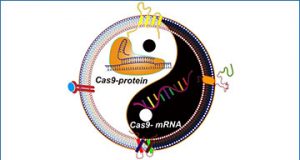