There is a growing interest in the pivotal role of exosomes in cancer and in their use as biomarkers. However, despite the importance of the microenvironment for cancer initiation and progression, monolayer cultures of tumor cells still represent the main in vitro source of exosomes. As a result, their environmental regulation remains largely unknown.

Here, Columbia University researchers report a three-dimensional tumor model for studying exosomes, using Ewing’s sarcoma type 1 as a clinically relevant example. The bioengineered model was designed based on the hypothesis that the 3-dimensionality, composition and stiffness of the tumor matrix are the critical determinants of the size and cargo of exosomes released by the cancer cells. The researchers analyzed the effects of the tumor microenvironment on exosomes, and the effects of exosomes on the non-cancer cells from the bone niche. Exosomes from the tissue-engineered tumor had similar size distribution as those in the patients’ plasma, and were markedly smaller than those in monolayer cultures. Bioengineered tumors and the patients’ plasma contained high levels of the Polycomb histone methyltransferase EZH2 mRNA relatively to their monolayer counterparts. Notably, EZH2 mRNA, a potential tumor biomarker detectable in blood plasma, could be transferred to the surrounding mesenchymal stem cells. This study provides the first evidence that an in vitro culture environment can recapitulate some properties of tumor exosomes.

Recapitulation of exosomes’ size in the bioengineered tumors 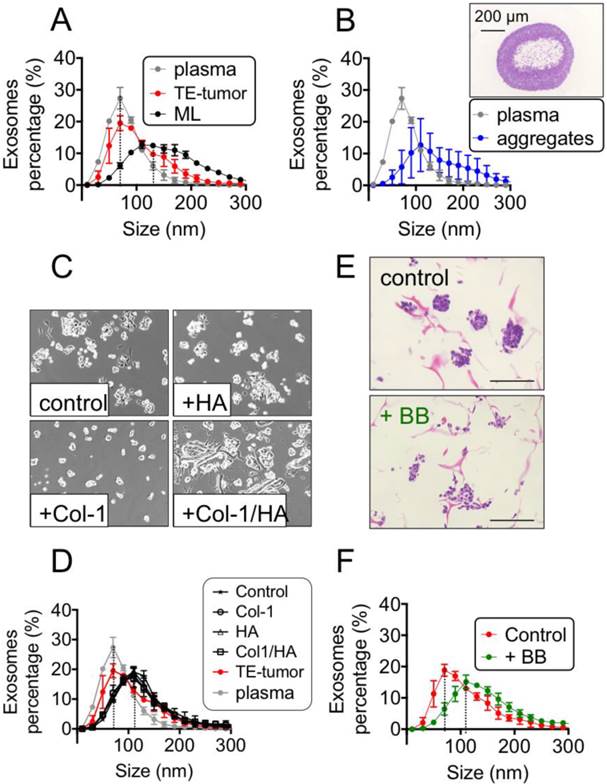