Joslin researchers discover how cells select small microRNAs that are secreted in small vesicles called exosomes and regulate metabolism in other cells at a distance.

Control of most bodily functions depends on the ability of cells to talk to each other. We have long known about two routes for cell-to-cell communication: the nervous system and the secretion of hormones. Over the past five years scientists recognized an important third route of communication based on exosomes—tiny sacs or vesicles containing protein and RNA molecules that cells secrete into circulation where they can be taken up by other cells to regulate metabolism.

Many labs are focusing on exosomes carrying microRNAs. These are very short RNAs that can regulate the ability of other longer RNAs that make different cellular proteins and control cell function. Thus, microRNAs affect many aspects of cellular behavior in health and disease.

Scientists at Joslin Diabetes Center now have discovered how cells pick a collection of microRNAs for their exosomes, said C. Ronald Kahn, MD, a Joslin senior investigator and professor of medicine at Harvard Medical School.

“Our work offers a major insight into this new mechanism of cellular communication, because it breaks the code of why cells secrete some microRNAs and why they retain others,” said Kahn, corresponding author on a Nature paper describing the work.

Kahn and his colleagues began studying how cells decide which microRNAs to put in their exosomes by setting up tissue cultures for five types of cells involved in metabolism (brown fat, white fat, skeletal muscle, liver and “endothelial” cells that line blood vessels).

The biologists found that these different types of cells secrete quite different collections of microRNAs in their exosomes. 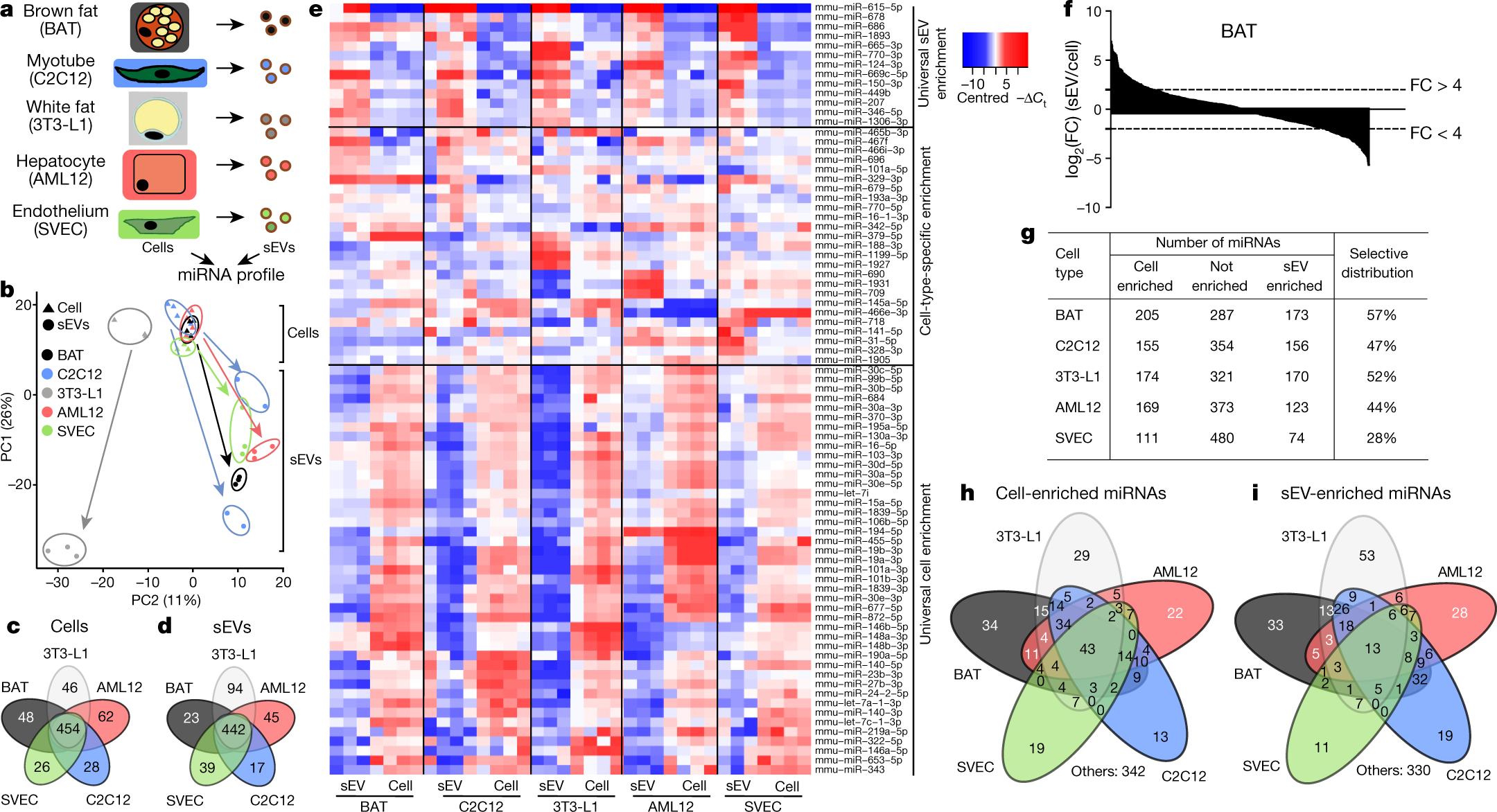 To understand how this might occur, the team looked for very short genetic sequence “motifs” in the microRNAs that might make the microRNA more or less likely to be secreted in an exosome. The researchers found that each of the five cell types employs different sequence motifs or codes for this process. In general, each cell type uses these sequence codes to determine which microRNAs it prefers to secrete and which it wants to retain.

To validate these findings, the Joslin researchers genetically modified the microRNA sequence motifs to see if those alterations could change a microRNA that normally would be retained to instead be secreted, or vice versa.

“We showed that these codes are not only present but can be manipulated to change the behavior of where the microRNA goes,” said Kahn.

Taken together, these discoveries in exosome microRNA coding “really cut across every area of research,” Kahn said.

Back in 2017, the Kahn lab showed that fat tissue is a major source of exosomes containing microRNAs and that these microRNAs circulating in the bloodstream can regulate how the liver handles glucose and other aspects of metabolism.

In their latest paper, Kahn and his co-workers showed that modifying the sequence codes in the microRNAs coming from fat could increase their ability to be secreted by the fat, taken up by the liver and regulate liver metabolism.

Kahn’s group now is examining whether the ability to manipulate microRNA codes in exosomes could improve gene therapies for diabetes and other metabolic diseases.

“With these new findings, we could genetically manipulate a microRNA in the easily accessible subcutaneous fat to target improving metabolism in the liver, which is much more difficult for direct gene therapy,” he said. “And if something went wrong, we could always take out the fat, whereas you can’t take out the liver.”

“Overall, what we did is fundamentally important way beyond the diabetes metabolism space, because this approach we’ve identified can be now applied to other cell types, including cells in the brain, the pancreas, the kidney or other tissues,” Kahn said.