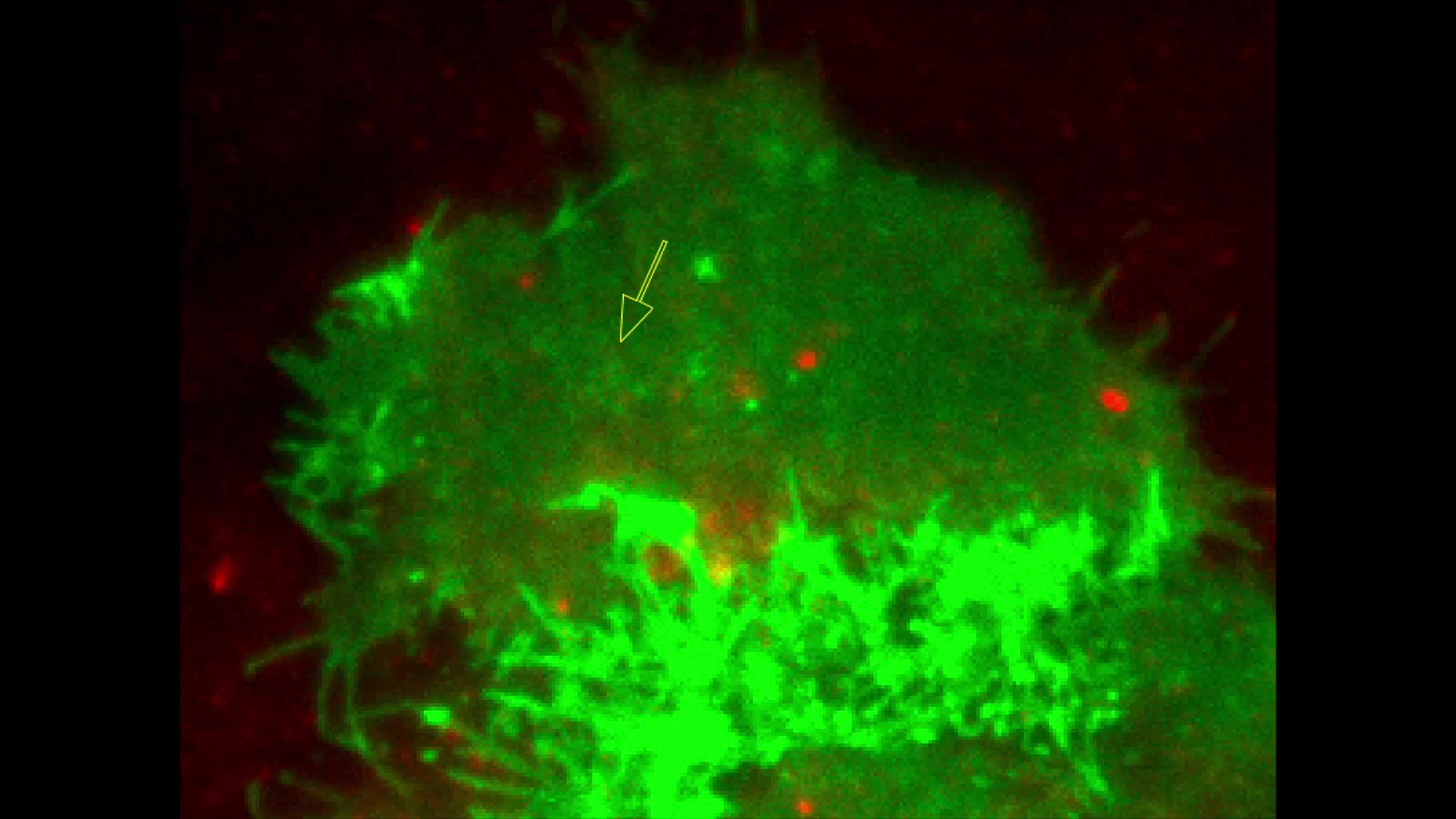 Tumor cells continuously make and secrete large quantities of tiny vesicles that promote their growth. Exosomes are too small to see, so decoding precisely how tumor cells secrete them requires a creative approach. In a study initiated at Cancer Center Amsterdam and involving international collaborators, new insights into the production and secretion of exosomes were gained by following in real time the cellular components involved in making them. The work, published in the Journal of Cell Biology, brings us a step closer to making tumor cells vulnerable to therapy.

Exosomes are extremely small, virus sized, packets of information released from and received by cells. They are the messengers of an intracellular communication system. Tumors cells release large quantities of exosomes that promote tumor growth in surrounding cells and support metastatic spread to far-away organs. They also facilitate immune evasion and drug resistance in tumor cells.Understanding how tumor cells create and secrete exosomes may allow us to intercept their cancer promoting messages. However, their extremely small size makes observing them with even the most powerful microscope impossible. We need a new methodology.

Spying the problem from a different perspective

Dr. Michiel Pegtel from Cancer Center Amsterdam and head of the Exosomes Research Group (ERG) speculated that instead of observing exosomes directly, he could instead visualize and follow the cell components that are responsible for exosome production. Being much larger, the intracellular components are more observable but also highly mobile.

Nearly a decade ago, the field of neurophysiology faced a similar problem: explaining how neurons release neuro-transmitters. The innovative technique that solved the problem and explained the process won a Nobel prize in 2013. The technique may also explain exosome secretion from tumor cells.

Dr Verweij recently obtained a Vidi grant to exploit this technique for both in vitro and in vivo studies.

The technique involves ‘spying’ on tumor cells as they release exosomes using a unique live-imaging approach. In their recent study, the approach showed how multiple organelles in the cell plasma interact with specific contact sites at the Endoplasmic Reticulum, the largest membrane-bound organelle of the cell. These membrane contact sites are known to have an impact on the maturation and fate of vesicles containing exosomes, but whether they are involved in the secretion of exosomes was previously unknown.

By applying the adapted technique to tumor cells, Dr. Verweij and his collaborators demonstrated that tumor exosomes are generated by highly specialized intracellular compartments. These compartments must first undergo several molecular transformations and ultimately morph into a ‘tumor exosome-secreting factory’.

“Quite unexpectedly, we discovered that several intracellular organelles work closely together to generate exosome vesicles and mark them for expulsion – including the endoplasmic reticulum, which was not previously known to be involved,” Dr. Verweij states. “Furthermore, specific membrane contact sites have the ability to either stimulate or inhibit the secretion of exosomes by impacting the positioning, motility, and maturation of exosome vesicles.”

“By understanding the process of exosome secretion from tumor cells, we hope to stop them being produced or released,” says Dr. Pegtel.

He expects that future research will further uncover the full extent to which membrane contact sites impact the physiology and pathology of exosomes. Indeed, in another ongoing study, his team has already observed that shutting down these exosomes factories can render drug-resistant tumor cells vulnerable to therapy again. This promises to give future cancer patients a greater chance at overcoming drug resistant cancer.