Intensive research in the field of cancer biology has revealed unique methods of communication between cells through extracellular vesicles called exosomes. Exosomes are released from a broad spectrum of cell types and serve as functional mediators under physiological or pathological conditions. Hence, blocking the release of exosome bio carriers may prove useful for slowing the progression of certain types of cancers. Therefore, efforts are being made to develop exosome inhibitors to be used both as research tools and as therapies in clinical trials. Thus, studies on exosomes may lead to a breakthrough in cancer research, for which new clinical targets for different types of cancers are urgently needed. Researchers from the Kyungpook National University discuss exosome inhibitors and discuss their modes of action and potential for use as therapeutic tools for cancer. 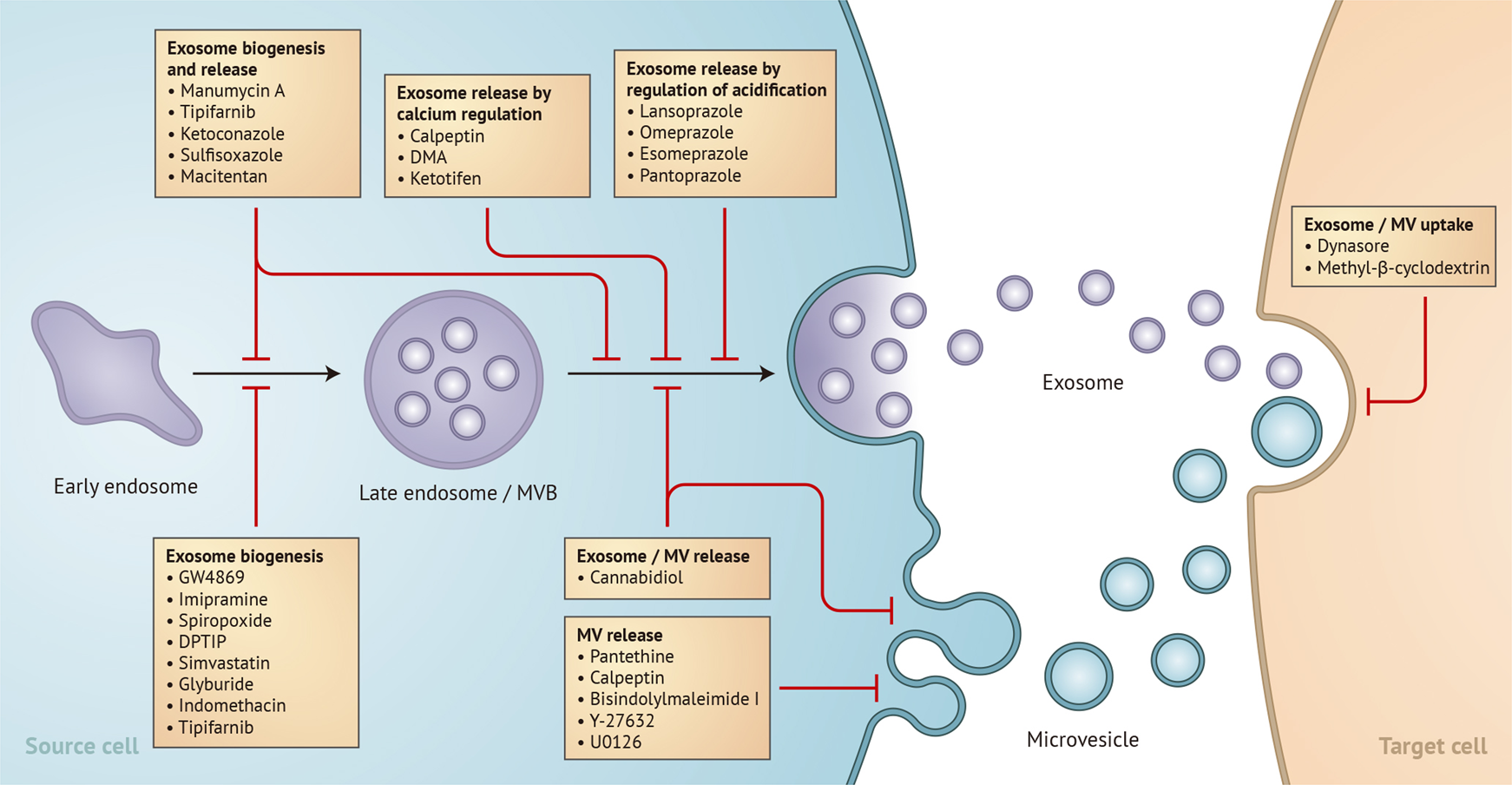 Exosomes are generated from endosomes, which are formed by the inward budding of early multivesicular body (MVB) membranes. These cells undergo a series of changes into late MVBs, which can be directed for lysosomal degradation or fusion with the plasma membrane, which leads to the release of exosomes or microvesicles. This image shows potential inhibitors that attenuate exosome biogenesis or release in the exosome manufacturing process.