Cells talk to each other to coordinate nutrition, waste removal, energy use, and, in some cases, disease progression. The cells that line the surfaces of organs or specific tissues, called epithelial cells, appear to speak two different languages – one for either side of the cell, according to a new study by researchers based in Japan.

The discovery, published on March 16 in EMBO Reports, could have implications for understanding how cancer spreads and, potentially, for advanced treatments, the team says.

The team, led by Mitsunori Fukuda, professor in the Laboratory of Membrane Trafficking Mechanisms, Department of Integrative Life Sciences, Graduate School of Life Sciences at Tohoku University, examined epithelial cells from a kidney model. The cells release particles called exosomes that carry bits of the cells themselves or information about the cells. The proteins and other genetic information in the exosomes can then influence how other cells behave or function. In health, such an information exchange could help the immune system mount a more tailored approach to an invading pathogen. Some diseased cells, such as cancer, can release exosomes that make healthy cells less resistant to invasion. 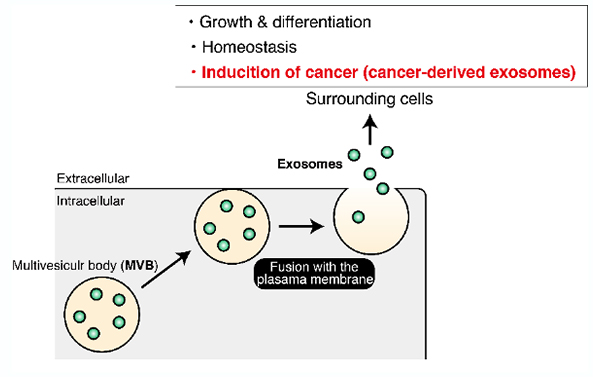 Secretion of exosomes and their role in cell-to-cell communication. Intraluminal vesicles within the MVB (green circles) are released as exosomes to the extracellular space, and the released exosomes affect surrounding cells. ©Tohoku University

“Single cells are known to release various kinds of exosomes, but very little is known about the mechanisms by which they are produced and released. In this paper, we found that epithelial cells asymmetrically release two distinct types of exosomes – apical and basolateral – with distinct protein compositions,” said first author Takahide Matsui, assistant professor, Laboratory of Membrane Trafficking Mechanisms, Department of Integrative Life Sciences, Graduate School of Life Sciences at Tohoku University.

The researchers developed a purification method to separate out exosomes based on their protein makeup. 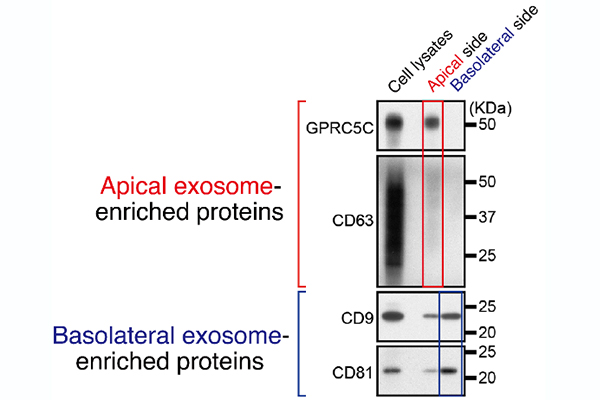 Fukuda said that the results could help elucidate the cell-to-cell communication that allows cancer to migrate – and put a stop to it.

“It will be interesting to investigate how cancer cells use two distinct mechanisms of exosome production during cancer progression,” Fukuda said. “Since exosomes from cancer cells are involved in their progression, our findings could lead to the discovery of new drugs for treatments for cancers in the future.” 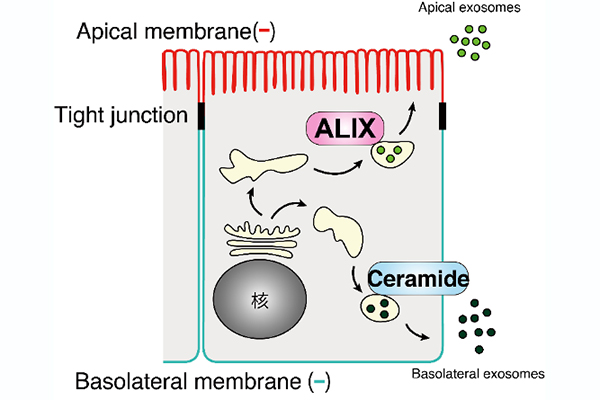 Matsui agreed, noting that their research could expand to other realms in health and in disease.

“Our discovery provides an important clue to understanding the generation of different exosomes in many cell types in addition to epithelial cells,” Matsui said.