Engineering of exosomes for surface display of proteins

Evox Therapeutics and the Karolinska Institute, have published a landmark paper in Nature Biomedical Engineering outlining the engineering of exosomes for surface display of proteins. The publication demonstrates the ability to engineer exosomes to display specific protein receptors on their surface and through that optimisation achieve better efficacy relative to conventional biologics in three different mouse inflammatory disease models. In addition, Evox’s technology for displaying and oligomerising proteins on the exosome surface significantly (p < 0.0001) outperforms other previously described exosome surface display scaffolds including Lamp2b and PTGFRN.

As a proof of concept for the display of therapeutic proteins on the exosome surface, the authors systematically screened and optimised the surface display of proteins using TNFa and IL6 inhibitors as a model system. They demonstrated that hundreds of copies of protein could be displayed on the surface of exosomes, that the two inhibitors could be co-expressed at the same time on the exosome creating a multi-specific drug, and that these exosomes demonstrated roughly 10-fold improved efficacy over the soluble versions of the biologics in vitro and outperformed them in murine models of systemic inflammation, neuroinflammation, and intestinal inflammation.

Functionalization of the EV surface with cytokine decoy receptors 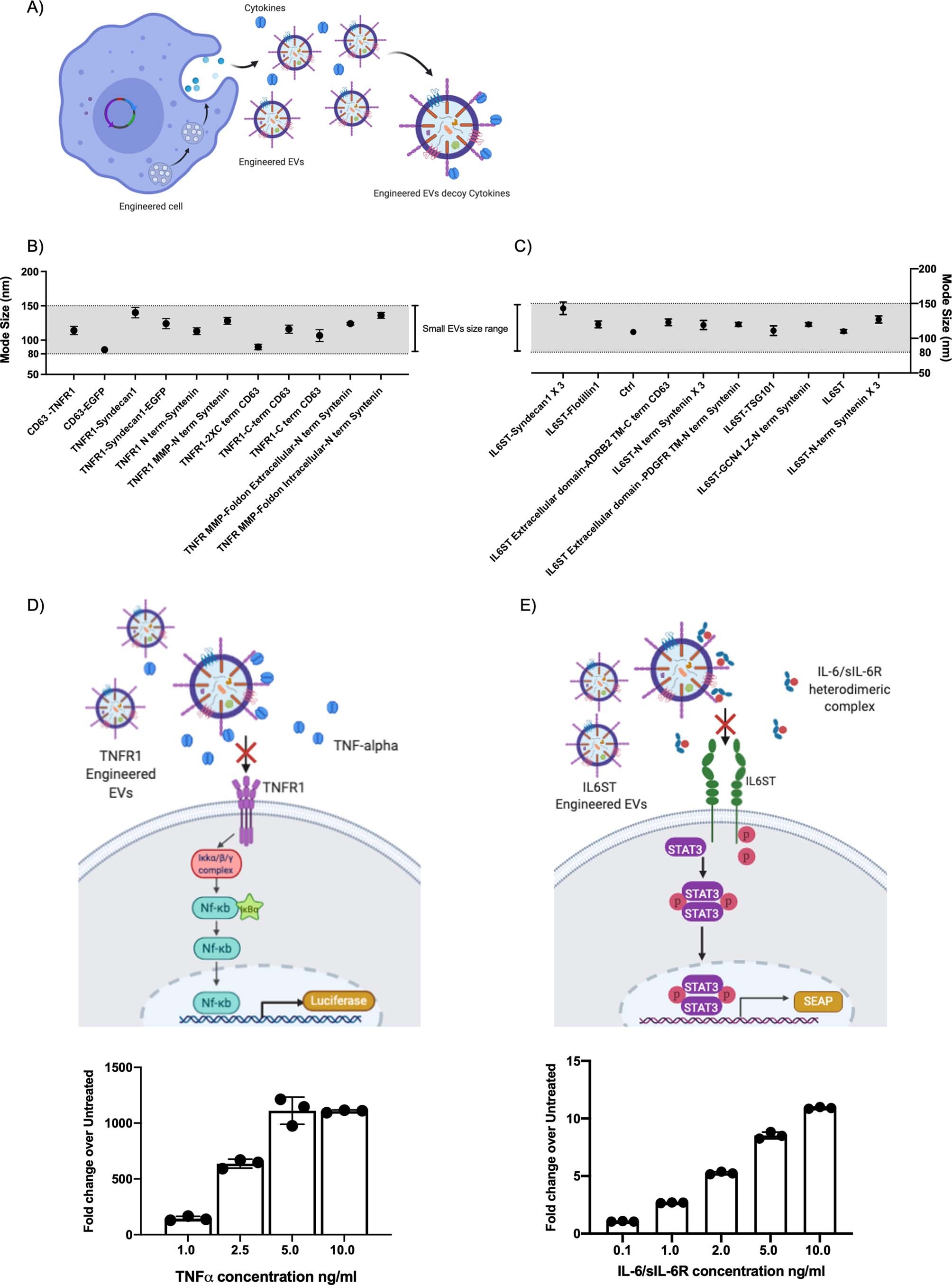 “This publication highlights a small part of our cutting edge DeliverEX™ technology that enables the engineering of exosomes to effectively display and deliver drugs. Exosome surface display of proteins results in significantly improved potency relative to conventional biologics. In much the same way as bivalent mAb are more efficacious than monovalent Fab drugs, multivalent display of hundreds of copies of protein on exosomes markedly improves activity relative to the soluble biologic alone even when judged on an equimolar basis. Evox is using this surface display approach in several of its therapeutic programmes and this complements our other work on exosome-mediated intracellular delivery of drug payloads such as enzymes, RNAi and AAV.”