The potential utility of circulating tumor cells (CTCs) as liquid biopsies is of great interest. We hypothesized that CTC capture using EpCAM based gating is feasible for most breast cancer subtypes. 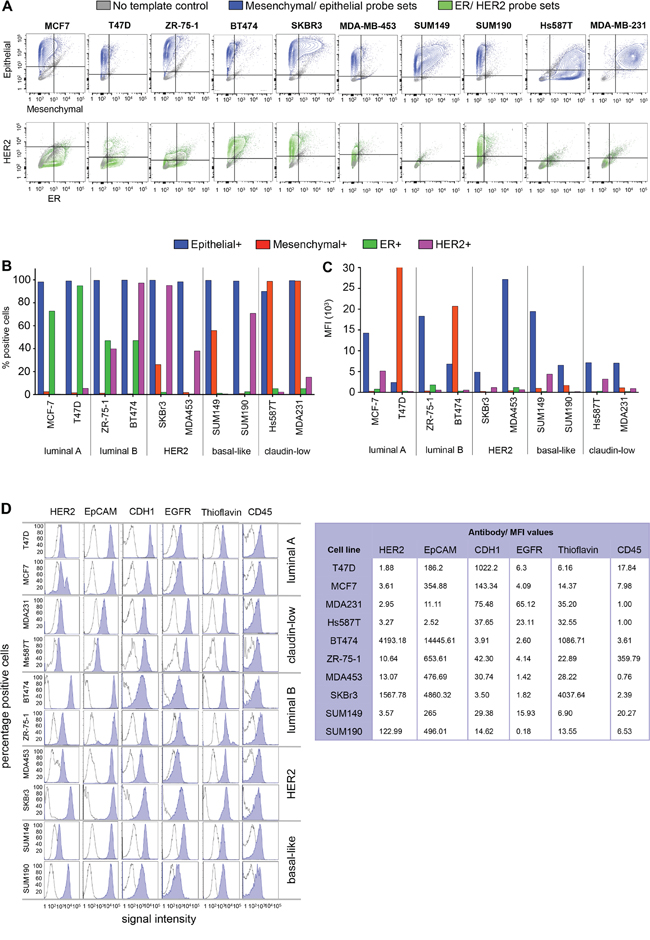 EpCAM based IE/FACS detected and captured a portion of spiked cells from each of the 10 cell lines representing all breast cancer subtypes, including basal-like but not claudin-low cancers. The assay allows for the isolation of high quality RNA suitable for accurate RNA-Seq of heterogeneous rare cell populations.