Epstein-Barr virus (EBV) is an oncogenic herpesvirus associated with a number of human malignancies of epithelial and lymphoid origin. However, the mechanism of oncogenesis is unclear. A number of viral products, including EBV latent proteins and non-protein coding RNAs have been implicated. Recently it was reported that EBV-encoded small RNAs (EBERs) are released from EBV infected cells and they can induce biological changes in cells via signaling from toll-like receptor 3. 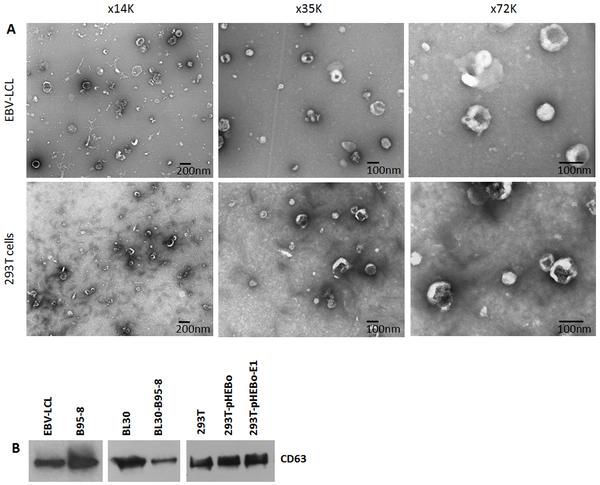