Researchers from the University of California, Davis set out to investigate the ability of preterm milk exosomes to survive gastric/pancreatic digestion, internalization by intestinal epithelia, and the microRNAs (miRNAs) contents.

These results for the first time reveal the survivability of preterm milk exosomes following simulated gastric/pancreatic digestion. The researchers demonstrate the richness of miRNAs content in these exosomes. The results improve our knowledge of preterm milk biology and the molecular basis by which exosome miRNAs may uniquely affect preterm infants during early development 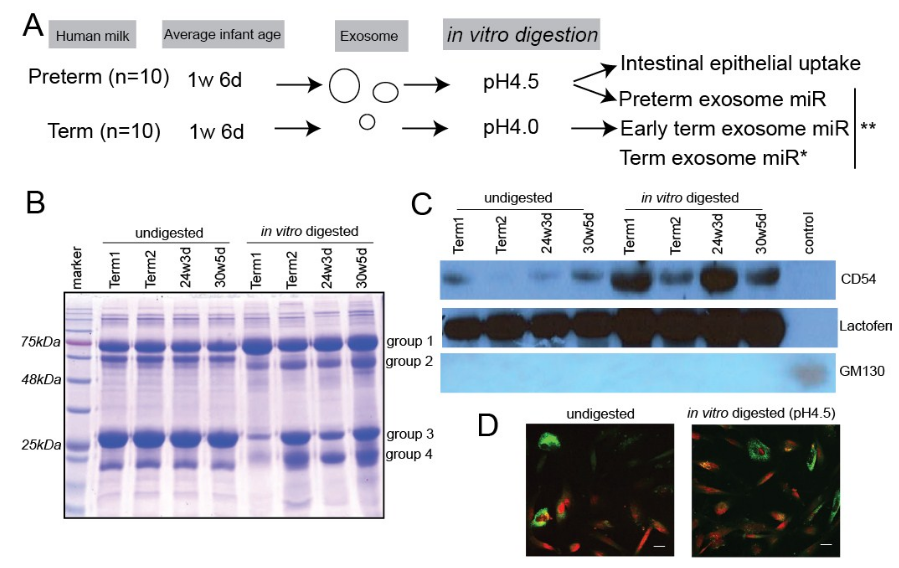