Septic shock is a common medical condition with a mortality approaching 50% where early diagnosis and treatment are of particular importance for patient survival. Novel biomarkers that serve as prompt indicators of sepsis are urgently needed. High-throughput technologies assessing circulating microRNAs represent an important tool for biomarker identification, but the blood-compartment specificity of these miRNAs has not yet been investigated.

Researchers at Ludwig-Maximilians-University characterized miRNA profiles from serum exosomes, total serum and blood cells (leukocytes, erythrocytes, platelets) of sepsis patients by next-generation sequencing and RT-qPCR (n = 3 × 22) and established differences in miRNA expression between blood compartments. In silico analysis was used to identify compartment-specific signalling functions of differentially regulated miRNAs in sepsis-relevant pathways. In septic shock, a total of 77 and 103 miRNAs were down- and up-regulated, respectively. A majority of these regulated miRNAs (14 in serum, 32 in exosomes and 73 in blood cells) had not been previously associated with sepsis. The researchers found a distinctly compartment-specific regulation of miRNAs between sepsis patients and healthy volunteers. Blood cellular miR-199b-5p was identified as a potential early indicator for sepsis and septic shock. miR-125b-5p and miR-26b-5p were uniquely regulated in exosomes and serum, respectively, while one miRNA (miR-27b-3p) was present in all three compartments. The expression of sepsis-associated miRNAs is compartment-specific. Exosome-derived miRNAs contribute significant information regarding sepsis diagnosis and survival prediction and could serve as newly identified targets for the development of novel sepsis biomarkers. 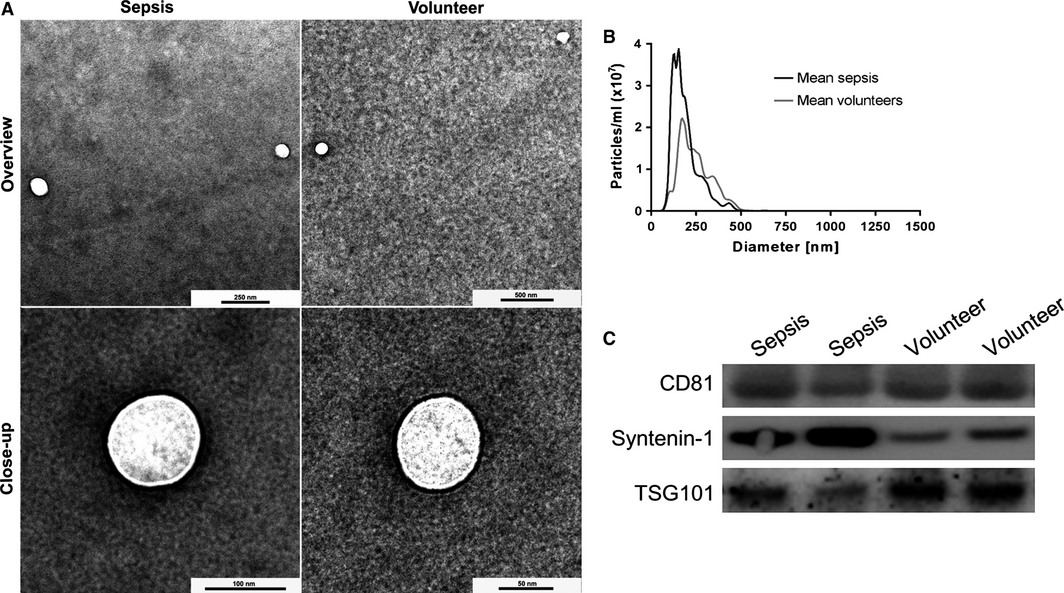