Exosomes were purified and loaded with mRNAs designed to express (i) an artificial fusion protein, LSNME, that contains portions of the viral spike, nucleocapsid, membrane, and envelope proteins, and (ii) a functional form of spike. The resulting combinatorial vaccine, LSNME/SW1, was injected into thirteen weeks-old, male C57BL/6J mice, followed by interrogation of humoral and cellular immune responses to the SARS-CoV-2 nucleocapsid and spike proteins, as well as hematological and histological analysis to interrogate animals for possible adverse effects. 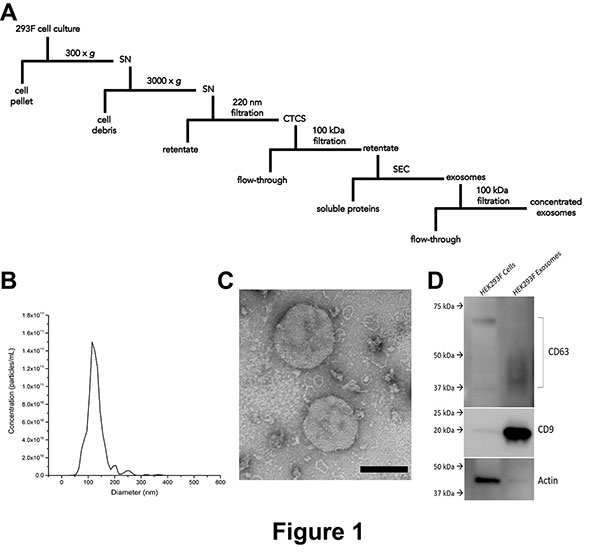 Immunized mice developed CD4+, and CD8+ T-cell reactivities that respond to both the SARS-CoV-2 nucelocapsid protein and the SARS-CoV-2 spike protein. These responses were apparent nearly two months after the conclusion of vaccination, as expected for a durable response to vaccination. In addition, the spike-reactive CD4+ T-cells response was associated with elevated expression of interferon gamma, indicative of a Th1 response, and a lesser induction of interleukin 4, a Th2-associated cytokine. Vaccinated mice showed no sign of altered growth, injection-site hypersensitivity, change in white blood cell profiles, or alterations in organ morphology. Consistent with these results, the researchers also detected moderate but sustained anti-nucleocapsid and anti-spike antibodies in the plasma of vaccinated animals.

Taken together, these results validate the use of exosomes for delivering functional mRNAs into target cells in vitro and in vivo, and more specifically, establish that the LSNME/SW1 vaccine induced broad immunity to multiple SARS-CoV-2 proteins.