from the Cornell Chronicle By Alla Katsnelson 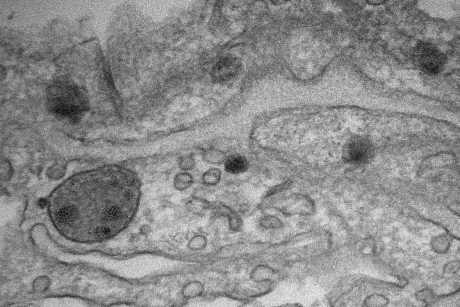 It’s been a long-standing mystery why certain types of cancers spread to particular organs in the body. Now, investigators at Weill Cornell Medicine have discovered precisely how this happens, supporting a century-old hypothesis known as the “seed and soil” theory of metastasis.

The culprit? Protein signatures on the membranes of small, tumor-secreted packages containing the blueprint that drives cancers to distant organs. These signatures could offer physicians a powerful new way to detect whether a patient’s tumor will metastasize and where, providing critical insights into the estimated 1.6 million new cancer cases diagnosed every year. Ninety percent of all cancer-related deaths are related to metastasis.

In their study, published Oct. 28 in Nature, the scientists investigated the role of exosomes, composed of tumor-derived proteins, in preparing a microenvironment fertile for cancer metastasis. Working with exosomes derived from multiple cancers, they discovered that the proteins exosomes carry act as “ZIP codes” that direct exosomes to distinct organs, where they lay the molecular groundwork for metastases to form.

“Our research offers a new approach to identifying patients who are likely to develop metastatic disease,” says senior author Dr. David Lyden, the Stavros S. Niarchos Professor in Pediatric Cardiology and a professor of pediatrics and of cell and developmental biology at Weill Cornell Medicine. “Instead of waiting for late-stage metastasis, we can now initiate preventative strategies at an earlier point of disease progression with the hope of preventing its spread. This really changes the treatment paradigm.”

Most cancers have a preferred site of metastasis. While it might seem logical for a melanoma of the eye, for example, to metastasize to the brain because of its proximity, it in fact travels to the liver. Pancreatic cancers frequently metastasize to the liver, and pediatric bone cancers to the lungs. In 1889, London physician Stephen Paget was the first to propose “the seed and soil” hypothesis for the preferential spread of cancer to specific organ sites, known as metastatic organotropism. Paget proposed that distant secondary sites are somehow more receptive to tumor growth, just like soil awaiting seeds to sprout. 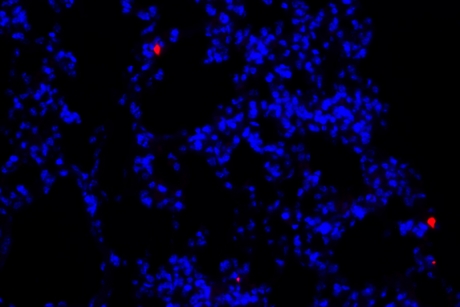 To illuminate the role of exosomes in cancer metastasis, the investigators used patient-derived cell lines of breast cancer that spreads to the lungs and of pancreatic cancer that spreads to the liver. They coupled a fluorescent dye to the fatty membranes of exosomes isolated from each cancer and injected them into healthy mice. There, they observed the exosomes traveling to and fusing with cells in the lungs and in the liver, respectively. The investigators then used the same approach for 28 other cancers, including colorectal, lung, melanoma and pediatric cancers that metastasize to specific organs, such as lung, liver and brain. Exosomes from each cancer reached the organs associated with metastasis. Once there, the exosomes reprogrammed the organ sites that would otherwise be incapable of colonizing cancer to support tumor cell growth.

“The exosomes reach these organs long before the tumors do, suggesting that the exosomes themselves prepare the ‘soil’ – the distant organs – for metastasis,” says first author Dr. Ayuko Hoshino, a research associate in pediatrics at Weill Cornell Medicine. 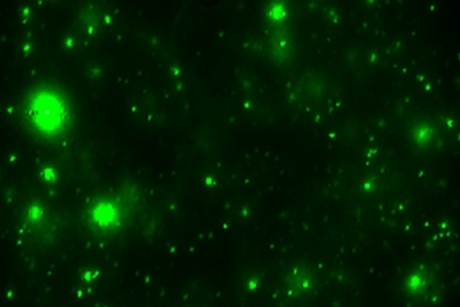 Next, the researchers sought to determine which specific cell types within each metastatic organ are incorporating tumor-derived exosomes and are responsible for the formation of niches that support cancer metastasis. “Exosomes not only present affinity for specific organs, but also for specific cell types inside these organs,” says co-first author Dr. Bruno Costa-Silva, an instructor of cell and developmental biology in pediatrics at Weill Cornell Medicine.

To find out how this preferential targeting occurs, researchers in the Lyden Lab, funded by the Children’s Cancer and Blood Foundation, analyzed the proteins in exosomes isolated from the cancer cell models using a technique called mass spectroscopy. They identified a family of binding proteins called integrins that were present at high levels on the surface of exosomes.

“There was a pattern that became quite apparent,” says Lyden, who also has appointments in the Sandra and Edward Meyer Cancer Center and the Gale and Ira Drukier Institute for Children’s Health at Weill Cornell Medicine. “We found a particular integrin for each organ-specific site.”

Among members of the integrin family, exosomes bearing alpha-6beta-4 and alpha-6beta-1 integrin promoted lung metastasis, while those bearing alpha-vbeta-5 integrin promoted liver metastasis. Brain metastasis was associated with alpha-vbeta-3 integrin-expressing exosomes. The binding of exosomes carrying these integrins to specific organs promoted inflammation at future metastatic sites, creating an environment that would support tumor growth in these organs.

“The integrin-specific signature that we identified may have significant value clinically, serving as a prognostic indicator for metastasis to specific organ sites,” Lyden says. In addition, detecting the presence of organ-specific integrins on bloodborne, tumor-derived exosomes could direct physicians to monitor patients more closely and tailor therapies accordingly.

The findings extend the Lyden Laboratory’s research into exosomes and demonstrate that they are the primary vehicle by which cancers preferentially metastasize to distant organs. Investigators in the lab recently found that exosomes from different types of tumors, such as melanoma and pancreatic cancer, could kick-start molecular changes that establish future metastatic niches.