Cancer cells secrete many exosomes, which facilitate metastasis and the later growth of cancer. For early cancer diagnosis, the detection of exosomes is a crucial step. Exosomes exist in biological fluid, such as blood, which contains various proteins. It is necessary to remove the proteins in the biological fluid to avoid test interference. Researchers from Huaqiao University present a novel method for exosome isolation using Fe3O4 magnetic nanoparticles (MNPs), which were synthesized using the chemical co-precipitation method and then coated with polyethylene glycol (PEG). The experimental results showed that the diameter of the PEG-coated Fe3O4 nanoparticles was about 20 nm, while an agglomerate of MNPs reached hundreds of nanometers in size. In the protein removal experiments, fetal bovine serum (FBS) was adopted as the analyte for bioassays of exosome purification. PEG-coated Fe3O4 MNPs reduced the protein concentration in FBS to 39.89% of the original solution. By observing a particle size distribution of 30~200 nm (the size range of various exosomes), the exosome concentrations were kept the same before and after purification. In the gel electrophoresis experiments, the bands of CD63 (~53 kDa) and CD9 (~22 kDa) revealed that exosomes existed in FBS as well as in the purified solution. However, the bands of the serum albumins (~66 kDa) and the various immunoglobulins (around 160 ~ 188 kDa) in the purified solution’s lane explained that most proteins in FBS were removed by PEG-coated Fe3O4 MNPs. When purifying exosomes from serum, protein removal is critical for further exosome investigation. The proposed technique provides a simple and effective method to remove proteins in the serum using the PEG-coated Fe3O4 MNPs. 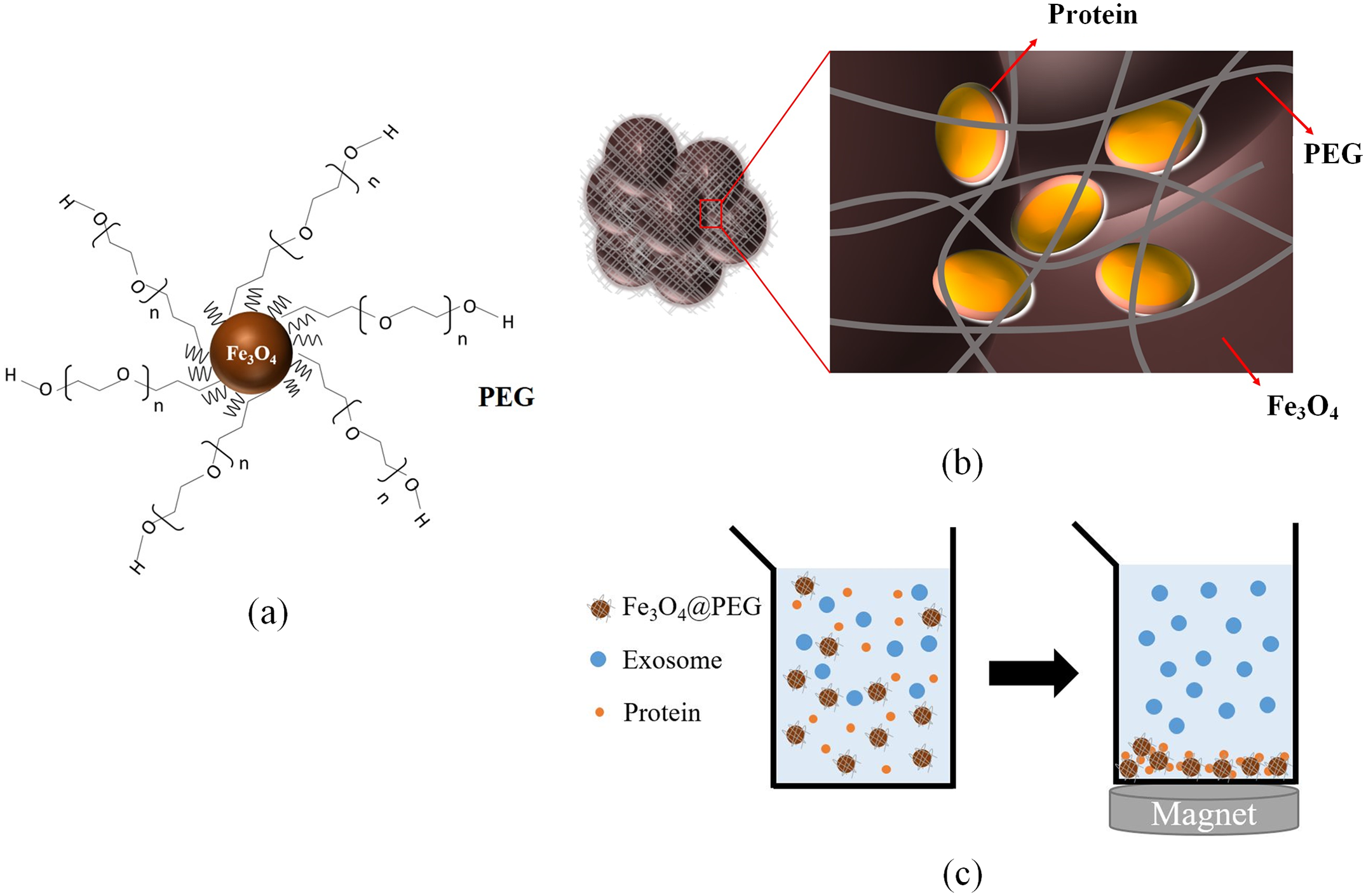 (a) branched PEG immobilized on MNP; (b) protein entrapped by the reticular structures of PEG; (c) removal of proteins using a permanent magnet.