Although exosomes were previously recognized as a mechanism for discharging useless cellular components, growing evidence has elucidated their roles in conveying information between cells. They contribute to cell-cell communication by carrying nucleic acids, proteins and lipids that can, in turn, regulate behavior of the target cells. Recent research suggested that exosomes extensively participate in progression of diverse cardiovascular diseases (CVDs), such as myocardial infarction, cardiomyopathy, pulmonary arterial hypertension and others. Here, researchers at the Peking Union Medical College summarize effects of exosome-derived molecules (mainly microRNAs and proteins) on cardiac function, to examine their potential applications as biomarkers or therapeutics in CVDs. 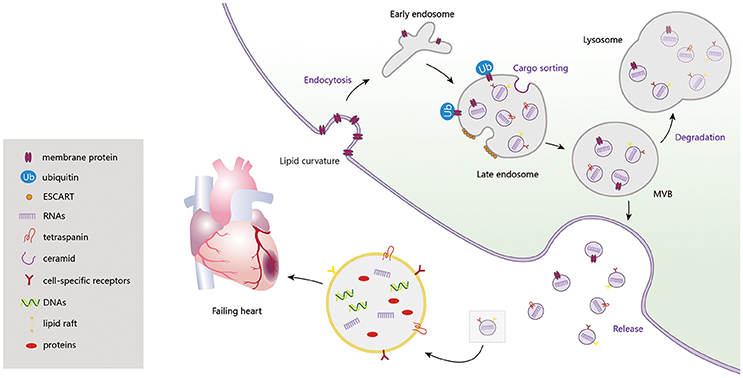 The exosome journey: from biogenesis to uptake and intracellular signaling