Drug resistance is a daunting challenge in the treatment of breast cancer (BC). Exosomes, as intercellular communicative vectors in the tumor microenvironment, play an important role in BC progression. With the in-depth understanding of tumor heterogeneity, an emerging role of exosomes in drug resistance has attracted extensive attention. The functional proteins or non-coding RNAs contained in exosomes secreted from tumor and stromal cells mediate drug resistance by regulating drug efflux and metabolism, pro-survival signaling, epithelial–mesenchymal transition, stem-like property, and tumor microenvironmental remodeling. Researchers from UNSW Sydney discuss the underlying associations between exosomes and drug resistance of BC and discuss the unique biogenesis of exosomes, the change of exosome cargo, and the pattern of release by BC cells in response to drug treatment. Moreover, they propose exosome as a candidate biomarker in predicting and monitoring the therapeutic drug response of BC and as a potential target or carrier to reverse the drug resistance of BC. 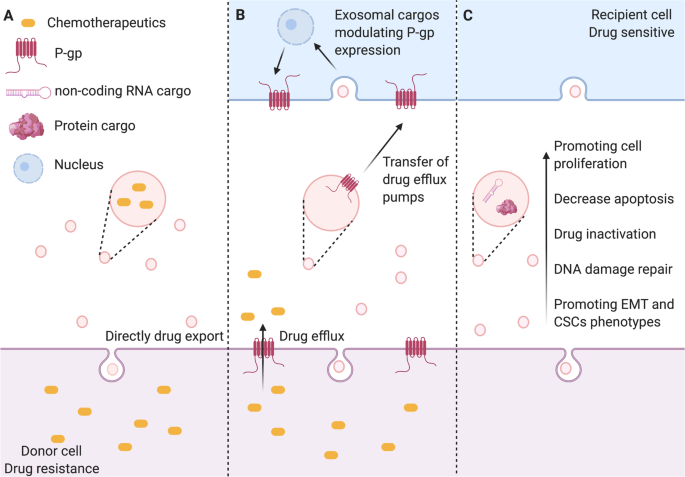