Exosomes are nanosized vesicles released from every cell in the body including those in the respiratory tract and lungs. They are found in most body fluids and contain a number of different biomolecules including proteins, lipids, and both mRNA and noncoding RNAs. Since they can release their contents, particularly miRNAs, to both neighboring and distal cells, they are considered important in cell-cell communication. Recent evidence has shown their possible importance in the pathogenesis of several pulmonary diseases. The differential expression of exosomes and of exosomal miRNAs in disease has driven their promise as biomarkers of disease enabling noninvasive clinical diagnosis in addition to their use as therapeutic tools. 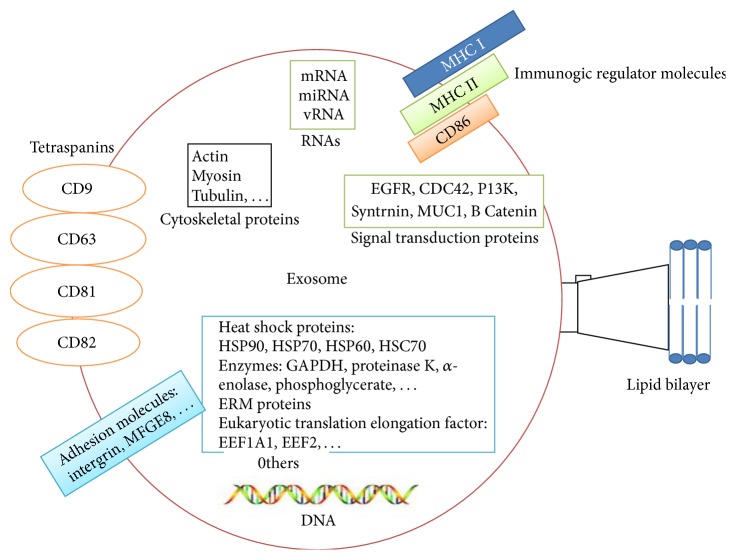 Structure and contents of exosomes: exosomes contain a plasma membrane-derived phospholipid bilayer membrane. Exosomal contents based on the cell type of origin include mRNA, miRNA, and DNA and proteins such as annexins, tetraspanins, MHC molecules, cytoskeletal proteins, enzymes, and signal transduction proteins.