The CADUCEUS trial of cardiosphere-derived cells (CDCs) has shown that it may be possible to regenerate injured heart muscle previously thought to be permanently scarred. The mechanisms of benefit are known to be indirect, but the mediators have yet to be identified.

Here researchers at Cedars Sinai Medical Center pinpoint exosomes secreted by human CDCs as critical agents of regeneration and cardioprotection. CDC exosomes inhibit apoptosis and promote proliferation of cardiomyocytes, while enhancing angiogenesis. Injection of exosomes into injured mouse hearts recapitulates the regenerative and functional effects produced by CDC transplantation, whereas inhibition of exosome production by CDCs blocks those benefits. CDC exosomes contain a distinctive complement of microRNAs, with particular enrichment of miR-146a. Selective administration of a miR-146a mimic reproduces some (but not all) of the benefits of CDC exosomes. The findings identify exosomes as key mediators of CDC-induced regeneration, while highlighting the potential utility of exosomes as cell-free therapeutic candidates. 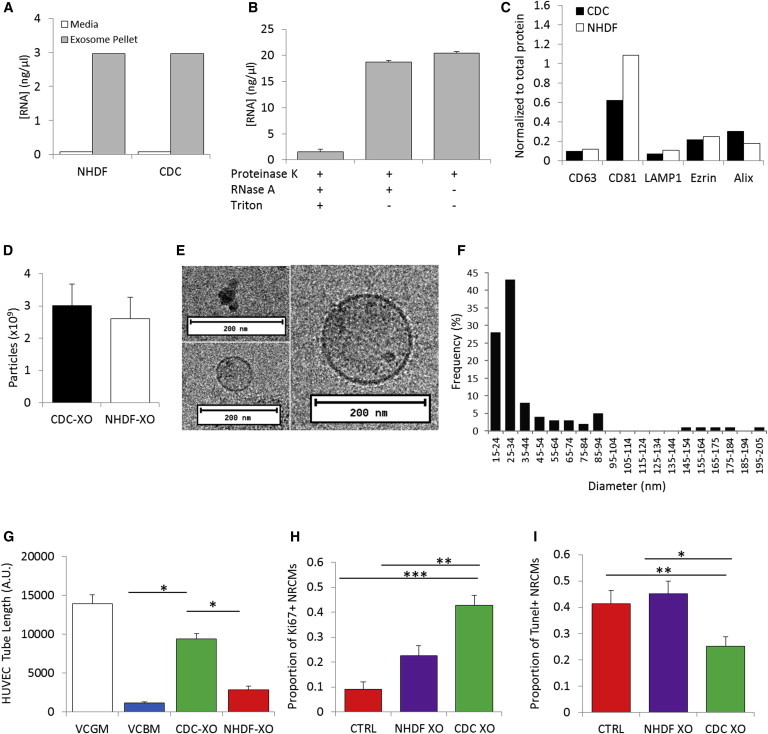