Exosomes as an siRNA delivery vehicle

Researchers from the University of Palermo (Italy) generated targeted exosomes able to deliver Imatinib or BCR-ABL siRNA to CML cells in order to overcome pharmacological resistance. The benefit of using exosomes as a drug delivery system lies in the fact that they can be specifically targeted to a particular cell type by engineering exosome-producer cells. The researchers show that modified exosomes, containing IL3-Lamp2B, and loaded with Imatinib, are able to specifically target tumor cells in vivo, leading to a the reduction in tumor size. Furthermore, they found  that modified exosomes are able to deliver functional BCR-ABL siRNA towards Imatinib-resistant CML cells. 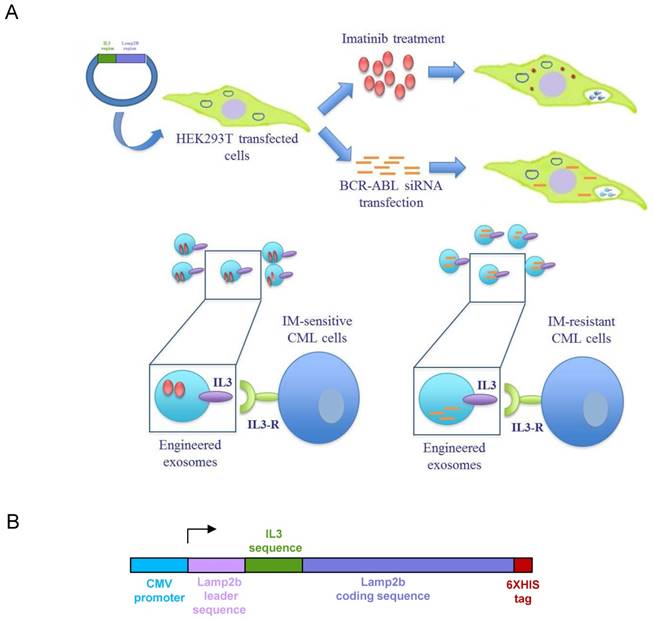 Data reported are very promising and provide a rational base for the use of exosomes expressing a fragment of IL3 in a receptor-targeted therapy approach to treat CML patients and, in particular, in order to overcome pharmacological resistance.