There are many confounding factors related to HIV, including how the virus is able to remain dormant and reactivate in the absence of antiretroviral drugs. Once these aspects of the virus are mapped out, researchers stand a better chance of developing an HIV cure.

Investigators at the University of North Carolina at Chapel Hill recently discovered that HIV can infect cells that it can’t directly reach by packaging and shipping a key viral protein throughout the body, according to a study published by mBio. These findings have major implications for future research and drug development, the study authors noted.

The study revealed that HIV exports the Nef protein in exosomes in order to infect as many cells as possible. The authors plan to continue exploring the role of the viral protein outside of infected immune cells.

Exosomes transfer biologic material—including RNA, microRNA, and proteins—from one cell to another, which is a crucial process for viruses, according to the authors.

“This study establishes that an HIV protein called Nef circulates independently of the virus itself,” said researcher Dirk Dittmer, PhD. “This could explain how HIV affects cells that it cannot ordinarily infect, such as endothelial cells of the blood-brain barrier.”

Other proteins are involved with the ability of HIV to infect macrophages and replicate, but Nef plays a large role in preventing reinfection of the same cell by 2 different viruses, according to the authors. The protein also helps veil HIV from the immune system and is involved with progression to AIDS.

The researchers hypothesize that the exosome exportation of Nef could be a mechanism that HIV uses to accelerate disease progression.

“For many years, the role of Nef has been studied in the context of infected cells,” said first author Ryan P. McNamara, PhD. “What we identified is that the protein is being secreted from infected cells without the viral genetic material. This points toward a role for the protein outside of the cell. We believe it’s being trafficked outside the cell for a purpose.”

Based on these novel findings, Nef may be harnessed as a biomarker to track progression to AIDS, according to the study. 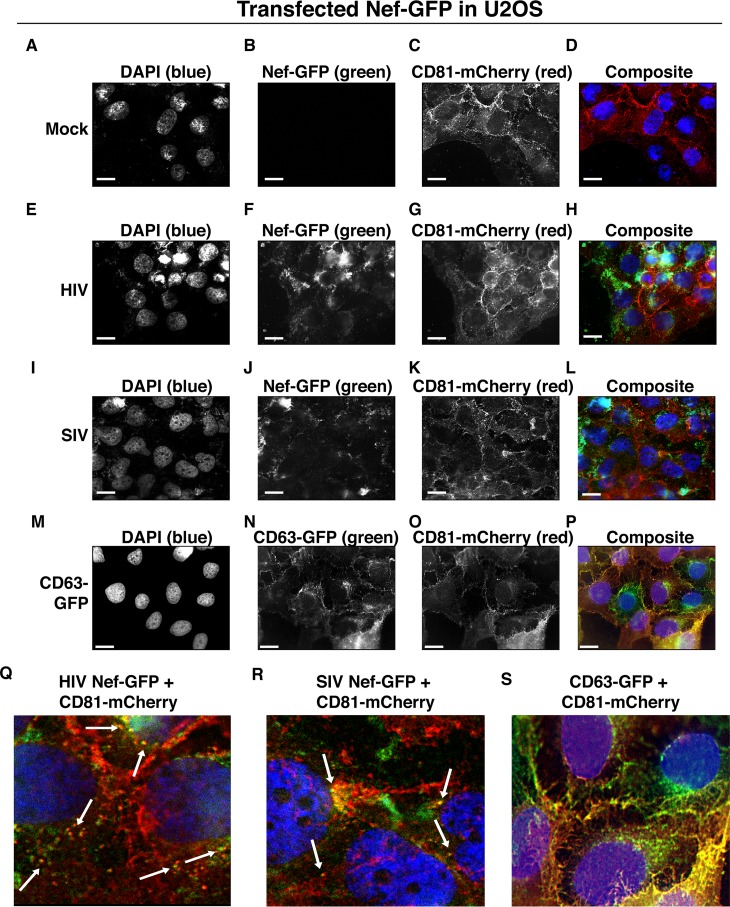 The authors said that high levels of Nef-containing exosomes in a blood sample may help diagnose AIDS or be indicative of HIV complications.

“Exosomes in general are of interest in cancer and many diseases beyond HIV infection,” Dr Dittmer said. “We will continue our methods to understand their fundamental biology, how it is changed by diseases and how this new molecular entity can be used as a minimally invasive biomarker or liquid biopsy.”