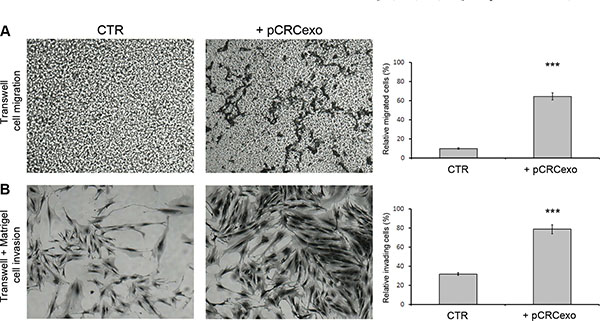 CRC exosomes are able to induce morphological and functional changes in colonic MSCs, which may favour tumor growth and its malignant progression. These results suggest that exosomes are actively involved in cancer progression and that inhibiting tumor exosome release may represent a way to interfere with cancer.