Exosomes give directions to metastatic sites

Why do some cancers only metastasize to certain organs? This question of organotropism is perplexing, and a team led by Lyden, Bromberg and Peinado have found that exosomes could be key.

Exosomes can contribute to the pre-metastatic niche by ‘educating’ resident cells and promoting inflammation at distant sites, and thereby facilitate metastatic outgrowth. Hoshino, Costa-Silva, Shen et al. isolated and labelled exosomes from a series of cancer cell lines that metastasize to the lung (MDA-MB-231 cells) or liver (BxPC-3 and HPAF-II cells). The authors found that, on intravenous injection into nude mice, MDA-MB-231-derived exosomes were specifically over-represented in the lungs compared with exosomes from BxPC-3 and HPAF-II cells, which accumulated in the liver. Moreover, injection of exosomes from a series of MDA-MB-231-derived cell lines with different organotropic metastatic behaviours to the lung, bone or brain in nude mice further demonstrated that exosomes exhibit organotropism that corresponds to that of the cells from which they are derived. 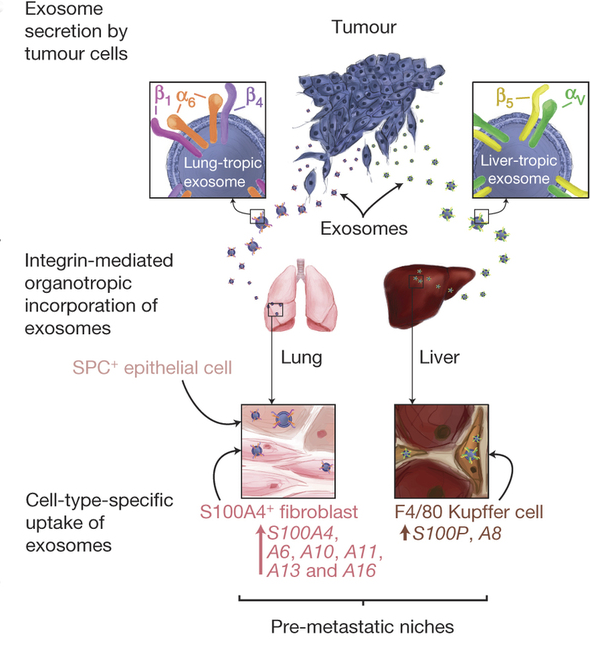