Exosomes Have a Sense of Urgency 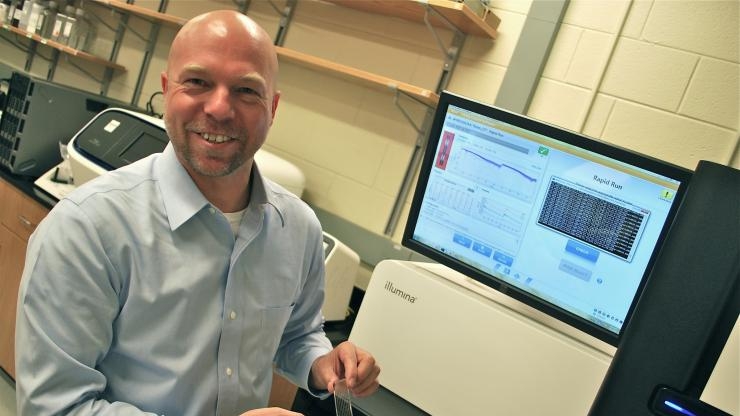 Exosomes, tiny vesicles smaller than red blood cells, were once thought of as molecular trash bins. And it’s true, these nanoparticles do carry off a cell’s discarded material.

But that disposable payload, which can include mRNAs and proteins, can be picked up by other cells, which means that exosomes play an important role as messengers, helping to carry out the critical cell-to-cell communication that multicellular organisms depend on for survival.

Not only can exosomes communicate and provide transport over long distances – they also happen to be in the ideal size range for lymphatic transport, a concept that has long captivated Brandon Dixon and Fred Vannberg, researchers in the Petit Institute for Bioengineering and Bioscience, and others interested in the future of the lymphatic targeted drug delivery systems.

Last year, Dixon and Vannberg collaborated on a groundbreaking research paper in the Nature journal, Scientific Reports, entitled, “Lymphatic transport of exosomes as a rapid route of information dissemination to the lymph node.” Their results suggested that exosomes facilitate the rapid exchange of infection-specific information from peripheral tissue to the lymph node, essentially priming the node for an effective innate immune response.

Their latest paper, “TLR-exosomes exhibit distinct kinetics and effector function,” published recently in the same journal (Scientific Reports, March 2017), digs deeper, making a striking new discovery along the way: Exosomes move with what looks like an increased sense of urgency depending on their payload.

“Not only do we find out that these exosomes can inform the node of what kind of specific immune response to initiate – is it viral, or a bacterial infection? It’s that specific – but we found out the uptake of exosomes from viral-infected cells was different from the control exosomes,” says Vannberg, an assistant professor in the School of Biological Sciences.

“They move much faster,” notes Dixon, associate professor in the Woodruff School of Mechanical Engineering. “It was really dramatic. Their uptake to the node was a lot quicker when they contained pathogen information. This is a completely novel finding. Something on the surface of the exosomes has to be communicating with the micro-environment to enhance lymphatic transport, but we really don’t know why this happens yet.”

The researchers demonstrated the enhanced (if unexpected) trafficking of pathogenic-stimulated exosomes, which also have an inclination to recruit infection-fighting neutrophils (white blood cells) along the way.

So after encountering, say, a virus on a peripheral tissue, the exosome acts in a couple of ways, sending the information rapidly across long distances to the lymph node, then bringing the molecular cavalry.

The lead author of the latest paper was biology Ph.D. candidate Swetha Srinivasan, who was lead author on the last paper and is co-advised by Dixon and Vannberg. Other authors included grad students James Moore and Shashidhar Ravishankar, and undergrads Michelle Su and Pamelasara Head.

The researchers say having cutting-edge core facilities close at hand, within the Petit Institute, was critical to the work (giving a shout-out to research scientist Shweta Biliya, for her management of the High Throughput DNA Sequencing Core in the acknowledgements section of the paper).

The team’s work, partially funded by an interdisciplinary Petit Institute seed grant, produced important findings on the road to targeted therapy. But the findings lead to the inevitable sequel.

“In the next chapter, we’ll talk about immunotherapy,” Dixon says. “These results suggest we can go beyond targeting and enhance the transportation itself. Whether that is a way to improve, say, vaccine efficacy or drug delivery to the lymph nodes for tumor therapy remains to be seen. But those are the avenues where these results can have important implications.”