Pregnancy increases breast cancer risk for all women for at least 5 years after parturition. During weaning and involution the breast microenvironment becomes tumor promotional. Exosomes provide cell-cell communication during physiologic processes such as lactation, but also in breast cancer. Researchers from the University of Texas Health Science Center determined if molecules in milk exosomes from healthy lactating women modulate the development and progression of breast cancer.

Human milk exosomes entered benign and malignant breast cells. The greatest change in wean milk protein was in TGFβ2 (p=0.01). Exosomes with a high (but not low) level of TGFβ2 led to EMT in both cancer and benign cells, based on 1) change in cell morphology, actin cytoskeleton and loss of cell-cell junction structure and 2) increased α-SMA and vimentin and decreased E-cadherin.

Epithelial-mesenchymal transition of MCF10A cells after addition of milk exosomes 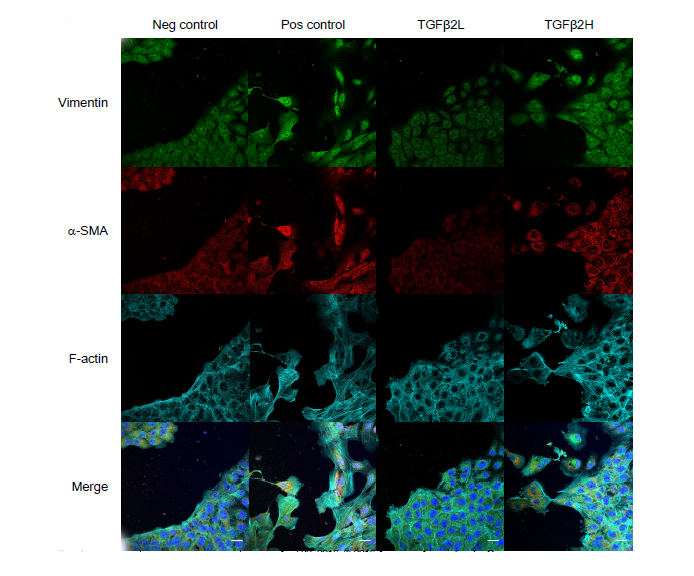