Exosomes are membrane‐bound nanovesicles containing complex cargoes including proteins, lipids, and nucleic acids (mRNAs and microRNAs), which can be derived from most cells. Increasing evidence has implicated exosomes as key players in intercellular and even interorganismal communications. Exosomes confer stability and can direct their cargoes to specific cell types for promoting cell growth and tissue regeneration. Exosome cargoes also appear to act in a combinatorial manner to communicate directives to other cells. Researchers from Harvard Medical School discuss recent developments and findings of exosomes applied towards applications in tissue engineering and regenerative medicine, including healing of the skin, cardiovascular, skeletal, nervous, and visceral systems. The underlying mechanisms of action of exosomes in tissue regeneration are also discussed. In addition, the researchers highlight examples whereby exosomes have been integrated with hydrogels for biofabrication and other related biomedical utilities such as drug delivery.

Exos as nano‐tools for regenerative medicine

Exos can be isolated from the body fluids of a patient. The less invasive access is represented by (1) a simple blood sample (liquid biopsy), by which it is possible to isolate circulating Exos, potentially released by all body cells. (2) These “self”‐obtained Exos could be loaded with molecules, growth factors, or drugs, and then (3) reinfused in the same patient for the therapeutic, repair, and regenerative purposes. (4) Another approach consists in the possibility to isolate and manipulate, for instance, iDCs or MSCs, (5) with the aim of producing Exos bearing therapeutic molecules. (6) The engineered Exos may be administered bac to the patient as a tool for repairing the injured organs, (7) or to exploit the recognized regenerative capacities. EV, extracellular vesicle; Exo, exosome; iDC, immature dendritic cell; miRNA, microRNA; MSC, mesenchymal stem cell 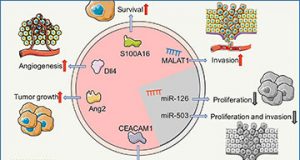