from Urology Times by Lisette Hilton –

One prostate cancer expert told Urology Times that while the assay shows promise, head-to-head studies are needed to compare tests such as IntelliScore with currently available tests to determine who best benefits from each test.

For the study, which was published online in JAMA Oncology (March 31, 2016), researchers compared prostate biopsy results from 774 men with PSA levels between 2.0 ng/mL and 10.0 ng/mL with a composite score based on results of the urine test, along with PSA level, age, race, and family history of prostate cancer. They then set a cut-off score of 15.6, based on the use of data from 255 of the men, which showed that score identified more than 90% of men with high-grade cancer. To study the test’s accuracy, the authors used the 15.6 score on the remaining 519 men to predict who had high-grade cancer versus low-grade cancer or no disease.

They reported the urine exosome assay identified 92% of men with high-grade cancer. The test also predicted high-grade cancer in 66% of men whose biopsies revealed low-grade or no cancer. Using the cut-off score, 27% of biopsies (138 of 519) would have been avoided.

But the test missed 5%, or 12 patients, with dominant pattern 4 high-risk Gleason 7 disease, according to the study’s abstract.

“The test has the potential to be a significant improvement over PSA alone in distinguishing between low- and high-grade prostate cancer, especially in the PSA gray zone patient. It could reduce hundreds of thousands of invasive biopsies each year,” said first author James McKiernan, MD, of Columbia University Medical Center, New York, in a press release about the study.

“PSA-based screening for prostate cancer has reduced the rates of advanced prostate cancer and death from the disease, but is controversial due to the limitations of the test. Specifically, false-positive PSA results lead to unnecessary prostate biopsies and PSA-based screening leads to over-diagnosis of some cancers that would not have caused harm. This has led to a large amount of research into other markers that could help to selectively identify which patients have clinically significant prostate cancer,” said Stacy Loeb, MD, MSc, of New York University.

Dr. Loeb, who is not an author of the study, said that while the new ExoDx Prostate IntelliScore shows promise, several other marker tests are already commercially available to help with decisions about initial and/or repeat prostate biopsy. These include blood tests, such as free PSA, 4Kscore (OPKO Lab), Prostate Health Index (phi, Beckman Coulter); urine tests, such as PCA3 (Progensa, Gen-Probe); and tissue tests, including ConfirmMDx (MDxHealth).

“What we do not yet know is how the ExoDx Prostate IntelliScore measures up to these other tests,” Dr. Loeb said. “While it is exciting that patients now have several new marker testing options, what is needed are head-to-head studies comparing which test is the best option for specific types of patients and clinical decisions.” 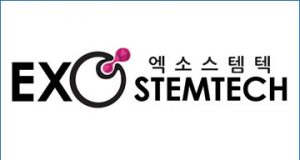 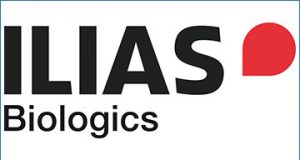