Extracellular vesicles (EVs) like exosomes are secreted by numerous cell types in a variety of tissues. Exosomes have been implicated in both aging and age-related disorders like Alzheimer’s disease (AD). However, how aging and AD affect exosome biogenesis within and across cell types is poorly understood. Moreover, cells acquire characteristics based on tissue niche, but the impact of tissue residence on cell type exosome biogenesis is unknown.

Colorado State University researchers explored the Tabula Muris Senis, Mayo RNA-seq and ROSMAP data sets to characterize the cell and tissue-specific effects of aging and AD on genes involved in exosome biogenesis. Specifically, they examined the age-dependent expression (age coefficient) of genes involved in exosome biogenesis (22 genes), exosome cargo (3 genes) and senescence (5 genes). Of the 131 cell populations (cell type x tissue) studied, 95 had at least one exosome biogenesis gene impacted by age. The most common gene increased by age was charged multivesicular body protein 2A (CHMP2A) (54 cell populations). The most common gene decreased by age was syndecan binding protein (SDCBP) (58 cell populations). The senescence-associated genes cyclin-dependent kinase 1A (CDKN1A) and CDKN2A were not related to changes in CHMP2A and SDCBP and were altered by age in fewer cell populations. Finally, individuals with AD had decreased CHMP2A and increased SDCBP expression, opposite of what is observed during mouse aging in the absence of disease. These findings indicate that age modifies exosome biogenesis gene expression in many cell populations mostly independent of senescence, and may be further altered in AD. 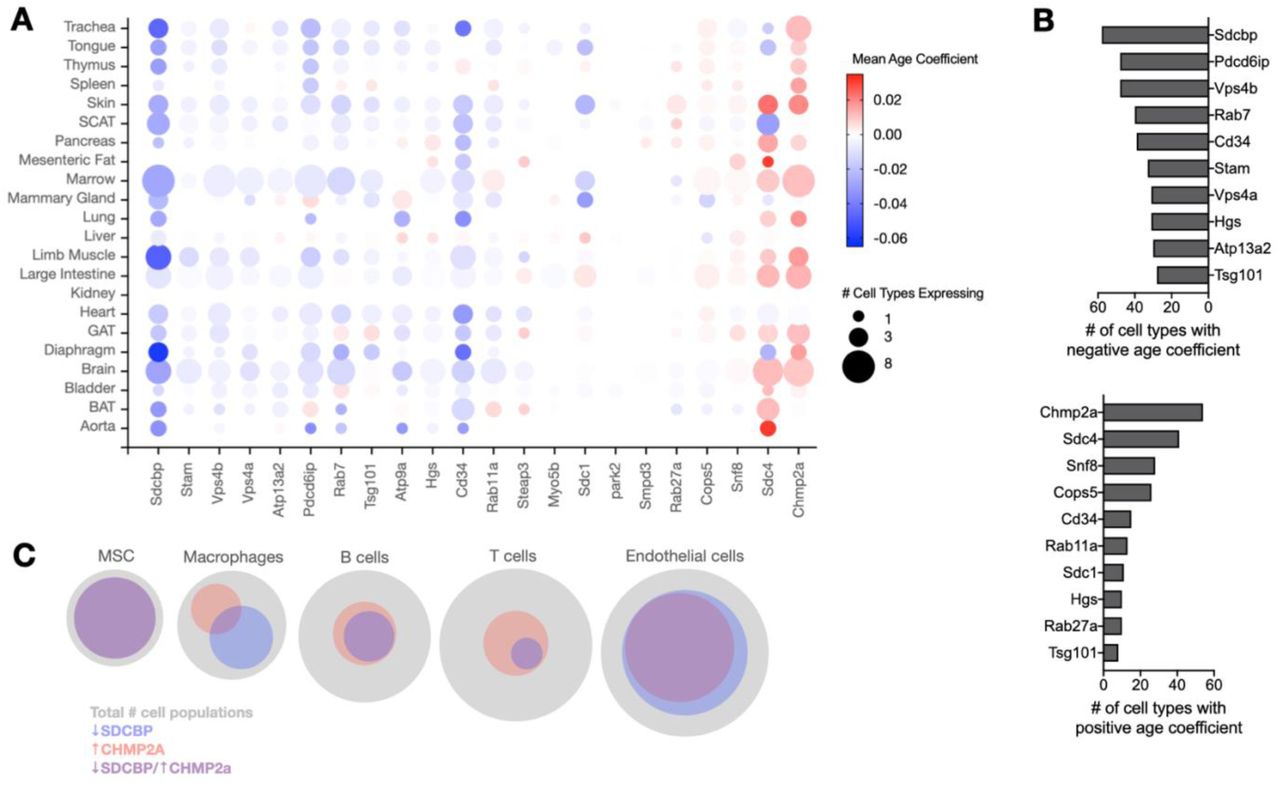 Lark DS, LaRocca TJ. (2021) Expression of Exosome Biogenesis Genes is Differentially Altered by Aging in the Mouse and in the Human Brain During Alzheimer’s Disease. J Gerontol A Biol Sci Med Sci [Epub ahead of print]. [abstract]
2021-10-26
Exosome RNA Administrator

Promotion of tumor progression by exosome transmission of circular RNA

Getting the most therapeutic potential out of cells

Uncovering a promising use case for exosomes