Pua will explore a new form of cell signaling involving ribonucleic acids (RNAs) in allergic airway inflammation. She is one of 60 investigators to receive the 2019 award, which provides $1.5 million in direct research support over five years.

“Each year, I look forward to seeing the creative approaches these researchers take to solve tough problems in biomedical and behavioral research,” said NIH Director Francis S. Collins, MD, PhD. “I am confident the 2019 cohort of awardees has the potential to advance our mission of enhancing health through their groundbreaking studies.”

“I’m really excited that we’ll be able to chase after this idea that RNAs are communicating essential signals between cells during inflammatory processes,” Pua said.

RNAs have historically been understood to function inside cells, where messenger RNA (mRNAs) encode for proteins, and other types of RNA — ribosomal and transfer RNAs — participate in protein production. In the last decade, researchers have discovered RNAs in biofluids, including blood, urine and cerebrospinal fluid. These “extracellular RNAs” tend to be mostly small RNAs.

“There have been a fair number of studies aimed at discovering if these small RNAs might be biomarkers for disease, but we don’t understand much about the biology,” Pua said.

During her postdoctoral fellowship at the University of California, San Francisco, Pua began to explore extracellular RNAs in mouse models of asthma.

“We asked a simple question: do extracellular RNAs change in bronchoalveolar lavage fluid during allergic lung inflammation?” she said.

The team discovered that a small number of “microRNAs” changed during allergic lung inflammation. These microRNAs were known to have regulatory roles in immune cells, and other investigators had found some of the same microRNAs in the sputum of patients with severe asthma, supporting their relevance to human disease.

Pua and her colleagues developed methods to follow the vesicle “packages” that contain extracellular RNAs, and they confirmed that the vesicles originate from immune cells. With the New Innovator Award, Pua will now address:

The research proposal fits well with the aims of the New Innovator Award to support early investigators with risky ideas, Pua noted.

“This is an emerging field, where we don’t have a long history of understanding a biologic process,” she said. “We can make big bold hypotheses, but they aren’t backed up by a lot of preliminary data.”

As a physician-scientist, Pua finds the work uniquely appealing.

“It brings together all the components of my training in cellular immunology, RNA biology, molecular pathology and allergic inflammation,” she said. “I think this could be a totally new immune system signaling axis. If it is, we might be able to devise new types of therapeutics, not only for asthma, but also for other inflammatory diseases. There is a lot of opportunity for advancements in our fundamental understanding of immunology and extracellular RNA biology, as well as in developing new diagnostics and therapeutics.”

Pua earned her MD and PhD degrees at Duke University. She completed a residency in anatomic pathology, a clinical fellowship in molecular genetic pathology and a postdoctoral research fellowship at the University of California, San Francisco. She joined the Vanderbilt faculty in 2017.

“I knew that I wanted to pursue research on extracellular RNAs and extracellular vesicles, and there is a community of investigators at Vanderbilt who are at the cutting edge of this field,” Pua said. “It’s exciting for me as a young investigator to get a chance to participate in this community.”

Pua is a member of the Vanderbilt Institute for Infection, Immunology and Inflammation (VI4) and the Vanderbilt Center for Immunobiology (VCI), which she said are both fostering innovative immunology research.

The High-Risk, High-Reward Research Program is supported by the NIH Common Fund. The overall program awarded 93 grants this year in four funding categories.

Pua is the seventh Vanderbilt scientist to receive a New Innovator Award since the program’s inception in 2007. The 2019 recipients will be honored in June 2020 at the NIH High-Risk, High-Reward Research Symposium in Bethesda, Maryland. 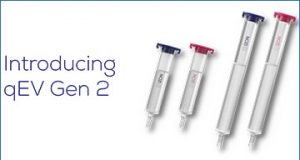 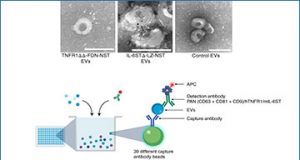 Engineering of exosomes for surface display of proteins

NanoView Biosciences Announces the Release of the ExoView® R200 Platform 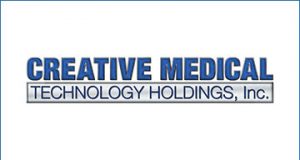