Extracellular vesicles as modulators of the cancer microenvironment

The tumour microenvironment is a highly complex and dynamic tissue. It comprises not only neoplastic cells, but also other resident cells within the milieu such as stroma and vascular cells in addition to a variable cellular infiltrate from the periphery. A host of soluble factors such as growth factors, chemokines, eicosanoids soluble metabolites and extracellular matrix components have been extensively documented as factors which modulate this environment. However, in recent years there has also been growing interests in the potential roles of extracellular vesicles (EV) in many of the processes governing the nature of cancerous tissue. 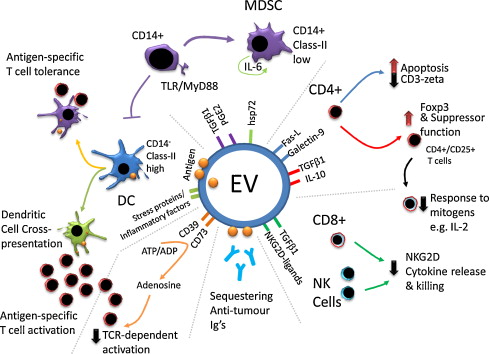 In this brief review, the authors have assembled evidence describing several distinct functions for extracellular vesicles in modulating the microenvironment with examples that include immune evasion, angiogenesis and stromal activation. Whilst there remains a great deal to be learnt about the interplay between vesicles and the cancerous environment, it is becoming clear that vesicle-mediated communication has a major influence on key aspects of cancer growth and progression. They conclude that the design of future therapeutics should acknowledge the existence and roles of extracellular vesicles, and seriously consider strategies for circumventing their effects in vivo. 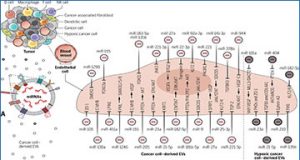