Researchers at the University of Westminster have found that small pieces of cells which play a role in cell to cell communication are released following intense exercise in healthy men. 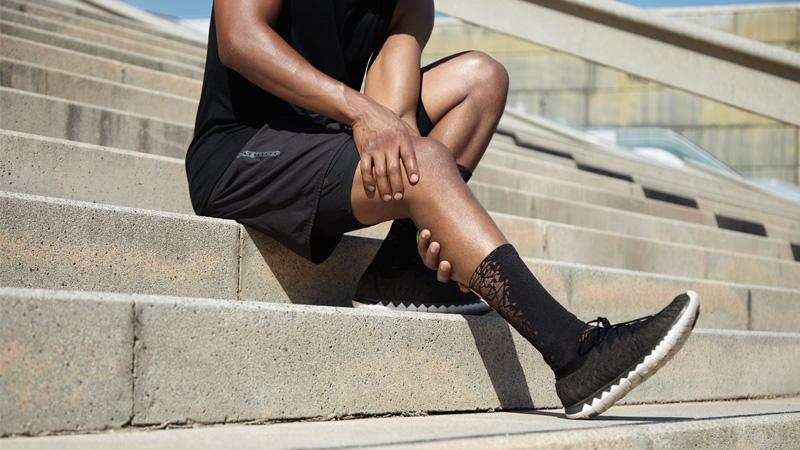 The findings suggest that the release of these small pieces of cells, known as extracellular vesicles (EVs), may serve as an indicator for subsequent muscle damage and could play a role in strategies to reduce the effects of exercise-induced muscle damage (EIMD) in humans.

EVs are naturally released from cells of origin, they are found in blood and other body fluids and participate in cellular communication via transfer of cargos of proteins and genetic material systemically between cells around the body.

The researchers show that physical responses to high intensity resistance exercise stimulated EV changes in blood that correlate with subsequent known markers of muscle damage. The profile of EV release following intense exercise may thus play a role in the EIMD response in humans.

Previous research into EV profiles has largely focused on human pathologies, including cancer and autoimmune diseases, or EVs have been examined in small animal models. No studies to date have examined the effect of high intensity resistance exercise or the effect of ageing on circulating EV profiles following vigorous resistance exercise. The results presented in this study are the first to extend these findings into human models of muscle damage – specifically healthy, physically active, younger and older men.

Talking about the study, PhD researcher and lead author Yvoni Kyriakidou, said: “Research has proven that skeletal muscle can also release EVs into the circulation following a bout of exercise. However, EV’s potential role, including as a putative biomarker for muscle damage, remains unclear. We show that exercise-induced EV release profiles may serve as an indicator for subsequent muscle damage.’’

“If the post-exercise EV response does indeed reflect physiological injury recovery responses, the magnitude and content of EV profile changes could be of interest for strategies to reduce the impairing effects of EIMD.”