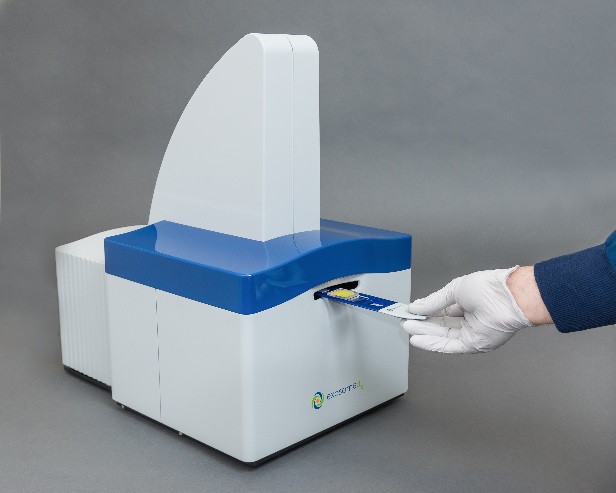 Exosome Diagnostics, Inc. announced that its exosomal protein capture and quantitative analysis instrument, named Shahky, was shipped to a laboratory within a major hospital in Boston, where it was tested and determined that its performance was on target with the instrument’s product specifications.

“Shahky was designed and developed as a medical device. We are pleased that the results from the tests highlight not only its unprecedented performance, but also the robustness of the instrument as evidenced by testing in an external laboratory,” stated Raaj Venkatesan, Head of Regulatory Affairs at Exosome Diagnostics who also led the development of the instrument. “Given Shahky’s small footprint, sensitivity, turnaround time, and accuracy, the instrument is ideal for future point of care system placement within clinical practice,” Venkatesan continued.

There is an immediate need for placement within pharmaceutical companies for clinical companion diagnostic programs and post translational modification interrogation. Shahky has the ability to capture and detect exosomes, from plasma, specific to a particular disease state and/or tissue and quantitatively interrogate its associated proteins — something that no other commercially available instrument is able to achieve.

“We’ve unlocked a new capability in the field of liquid biopsy diagnostics. Up until now, there has not been a way to enhance disease specific signatures as other technologies are dominated by background noise which drowns out the predictive signal,” stated Johan Skog, Chief Scientific Officer of Exosome Diagnostics.

Details of Shahky’s Early Access Program, will soon be released.

“Shahky will contribute immediate significant incremental revenue to the company’s thriving companion diagnostic business in 2017 and is on target for regulatory clearance and placement within the clinical marketplace,” stated John Boyce, President and CEO of Exosome Diagnostics. “This creates a platform and ecosystem for deployment of the company’s diagnostic tests, thereby creating significant value for both clinicians as well as our pharmaceutical partners,” Boyce continued.