Funding Opportunity – The Role of Exosomes in HIV Neuropathogenesis (R01)

This Funding Opportunity Announcement (FOA) invites research grant applications focused on defining the central role of exosomes in the neuropathogenesis of Human Immunodeficiency Virus (HIV)-1 Associated Neurocognitive Disorders (HAND) and determining the potential use of exosomes as biomarkers for HAND or as delivery vehicles for CNS targeted therapeutics. Basic and translational research in domestic and international settings is of interest. Multidisciplinary research teams and collaborative alliances are encouraged but not required.

HIV-Associated Neurocognitive Disorders (HAND) remain prevalent despite the widespread use of potent anti-retroviral drug regimens. Low levels of viral replication and chronic inflammation continue to persist in the central nervous system (CNS) in well treated patients. There remain considerable gaps in our understanding of the pathophysiologic mechanisms driving HIV-1 associated neurocognitive decline in the setting of low level viral replication. The release of inflammatory mediators by macrophages/microglial cells and astrocytes contribute to the pathogenesis of HAND. The mechanisms by which HIV-related inflammation spreads within the CNS compartment is an area that requires further study. In particular there is a great need to define the communication pathways between macrophages, astrocytes and neuronal cells within the CNS in the setting of HIV-infection.

Exosomes have emerged as novel conduits for cell-cell communication and they have been shown to play a role in cancer biology and neurodegenerative diseases (Parkinson’s, Alzheimer’s disease and amyotrophic lateral sclerosis). Exosomes are small vesicles (30-100 nm) released from cells that carry RNA, protein or lipid to a distant cell with the potential to effect phenotypic changes within the recipient cell. The role of exosomes in cell-to-cell communication is an emerging area of biology that has been recognized as critical in understanding regulation of the innate and adaptive immune response, cancer cell biology, and neurological disorders.

In the context of HIV infection there is evidence that HIV-1 proteins regulate exosome release in vitro.  For example, co-exposure of astrocytes to HIV-1 tat protein and morphine induces the release of exosomes that carry microRNA29. When applied to neurons, these exosomes carrying microRNA29 decrease neuronal viability. Another example are exosomes that are packaged and released with the trans-activation response element (TAR) microRNA. These exosomes have been found to be released from HIV-1 infected cells in culture and they have also been purified from human sera derived from HIV-infected individuals. When applied to cultured astroglioma cells, these exosomes carrying TAR microRNA increase the susceptibility of the cells to HIV-1 infection. While these studies suggest the impact of HIV infection on exosome release and cargo content, this initiative encourages further research to examine whether normal exosome physiology is altered in the setting of HAND.

Exosomal cargo may prove useful as clinical biomarkers for diagnosing HAND and also as CNS delivery vehicles for a therapeutic approach to HAND treatment. Exosomes are found in virtually all body fluids including blood, saliva, cerebrospinal fluid, breast milk and urine. Thus, diagnostic methods that use these fluids as sources of exosomes may be devised. In addition to body fluids, tissue sources of exosomes may also have biomarker potential where biopsies are possible. Exosomes have also been demonstrated to serve as delivery vehicles for treatment of inflammatory disorders. While the possibility of CNS-targeted delivery of exosomes has been described in the literature, further research on using this approach for treatment of HAND is needed. 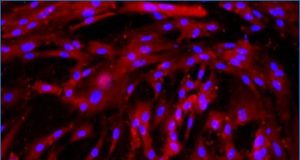 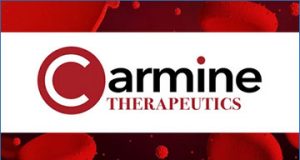 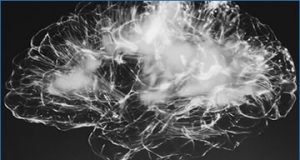 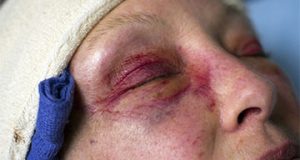