Circulating microRNAs (c-miRNAs) are associated with physiological adaptation to acute and chronic aerobic exercise in humans. To investigate the potential effect of grazing movement on miRNA circulation in cattle, here researchers from the National Institute of Livestock and Grassland Science, Japan profiled miRNA expression in centrifugally prepared exosomes from the plasma of both grazing and housed Japanese Shorthorn cattle.

Microarray analysis of the c-miRNAs resulted in detection of a total of 231 bovine exosomal miRNAs in the plasma, with a constant expression level of let-7g across the duration and cattle groups. Expression of muscle-specific miRNAs such as miR-1, miR-133a, miR-206, miR-208a/b, and miR-499 were undetectable, suggesting the mildness of grazing movement as exercise. According to validation by quantitative RT-PCR, the circulating miR-150 level in the grazing cattle normalized by the endogenous let-7g level was down-regulated after 2 and 4 months of grazing (P < 0.05), and then its levels in housed and grazing cattle equalized when the grazing cattle were returned to a housed situation. Likewise, the levels of miR-19b, miR-148a, miR-221, miR-223, miR-320a, miR-361, and miR-486 were temporarily lowered in the cattle at 1 and/or 2 month of grazing compared to those of the housed cattle (P < 0.05). In contrast, the miR-451 level was up-regulated in the grazing cattle at 2 months of grazing (P = 0.044). The elevation of miR-451 level in the plasma was coincident with that in the biceps femoris muscle of the grazing cattle (P = 0.008), which suggests the secretion or intake of miR-451 between skeletal muscle cells and circulation during grazing. 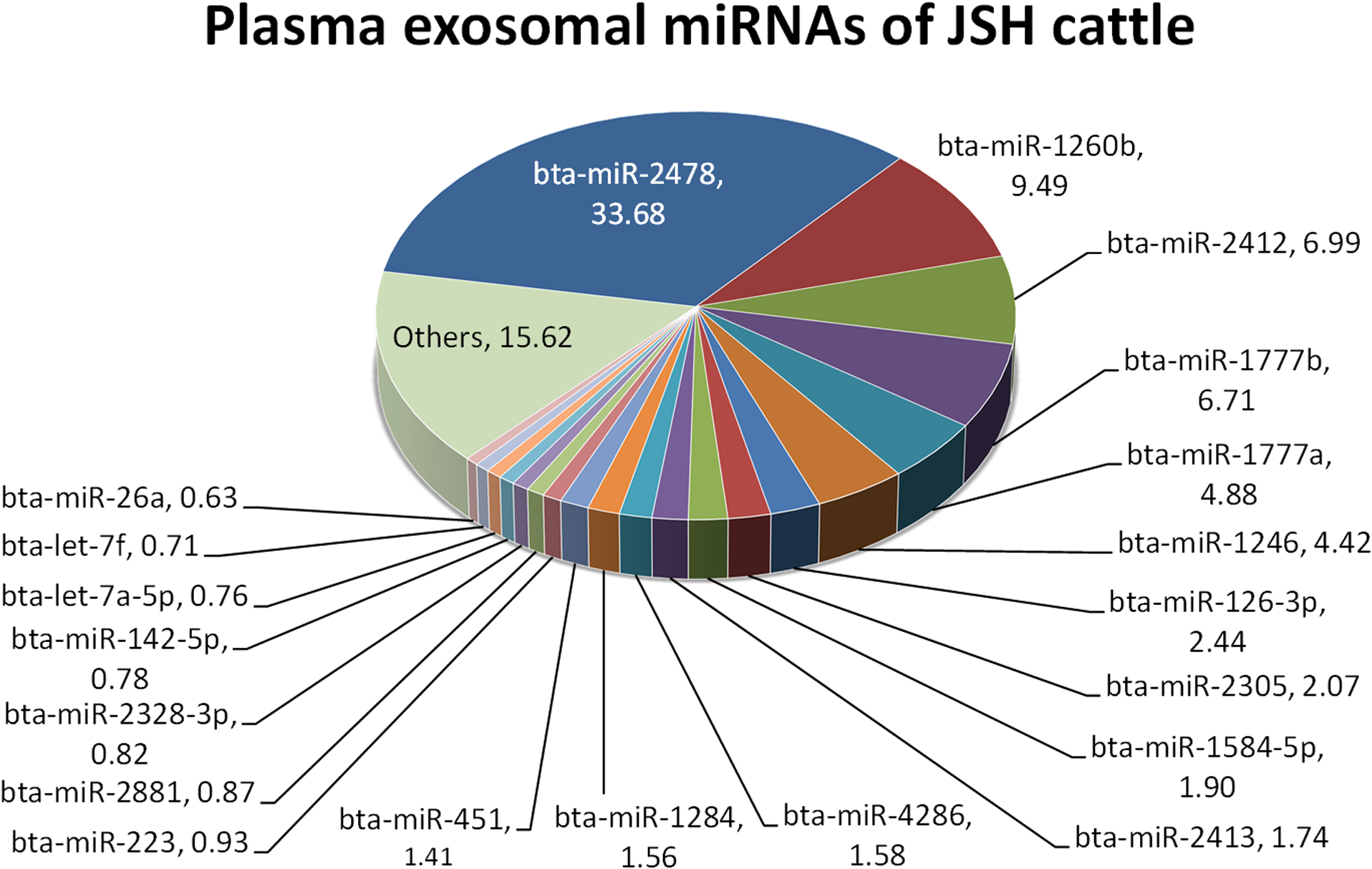 These results revealed that exosomal c-miRNAs in cattle were affected by grazing, suggesting their usefulness as molecular grazing markers and functions in physiological adaptation of grazing cattle associated with endocytosis, focal adhesion, axon guidance, and a variety of intracellular signaling, as predicted by bioinformatic analysis.