Metabolic changes within the cell and its niche affect cell fate and are involved in many diseases and disorders including cancer and viral infections. Kaposi’s sarcoma-associated herpesvirus (KSHV) is the etiological agent of Kaposi’s sarcoma (KS). KSHV latently infected cells express only a subset of viral genes, mainly located within the latency-associated region, among them 12 microRNAs. Notably, these miRNAs are responsible for inducing the Warburg effect in infected cells.

Here, University College London researchers identify a novel mechanism enabling KSHV to manipulate the metabolic nature of the tumour microenvironment. They demonstrate that KSHV infected cells specifically transfer the virus-encoded microRNAs to surrounding cells via exosomes. This flow of genetic information results in a metabolic shift toward aerobic glycolysis in the surrounding non-infected cells. Importantly, this exosome-mediated metabolic reprogramming of neighbouring cells supports the growth of infected cells, thereby contributing to viral fitness. Finally, their data show that this miRNA transfer-based regulation of cell metabolism is a general mechanism used by other herpesviruses, such as EBV, as well as for the transfer of non-viral onco-miRs. This exosome-based crosstalk provides viruses with a mechanism for non-infectious transfer of genetic material without production of new viral particles, which might expose them to the immune system. The researchers suggest that viruses and cancer cells use this mechanism to shape a specific metabolic niche that will contribute to their fitness.

KSHV recruits its microenvironment by transferring its miRNAs in exosomes 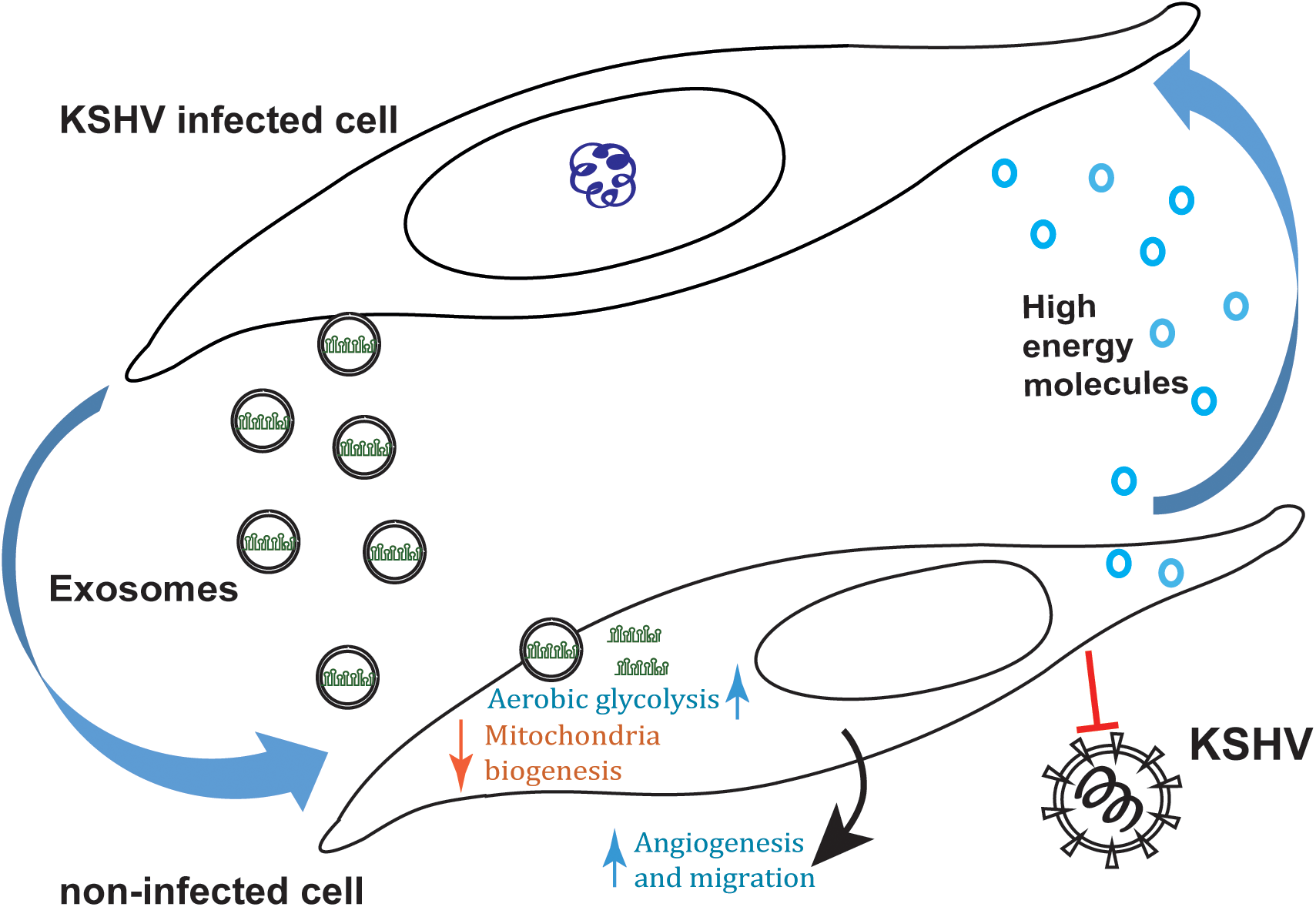 Exosomes secreted from latently infected primary LEC transfer the viral miRNAs into neighbouring cells. While these cells remain uninfected, the viral miRNAs are active in them and down regulate expression of their target genes. This results in a metabolic shift toward aerobic glycolysis and to reduced mitochondria biogenesis. This process decreases the sensitivity of the exosome-recipient cells to KSHV but increase their angiogenic potential and supports replication in the parental cells by supplying high energy molecules.