How do Ebola virus proteins released in exosomes affect the immune system?

Cells infected by the deadly Ebola virus may release viral proteins such as VP40 packaged in exosomes, which, as new research indicates, can affect immune cells throughout the body impairing their ability to combat the infection and to seek out and destroy hidden virus. The potential for exosomal VP40 to have a substantial impact on Ebola virus disease is examined in a review article published in DNA and Cell Biology.

Researchers from George Mason University discuss the latest research on the effects of the Ebola VP40 matrix protein on the immune system. The authors suggest that in addition to VP40, additional viral proteins may also be packaged in the membrane-bound exosomal vesicles, intensifying the damaging effects on immune cells. 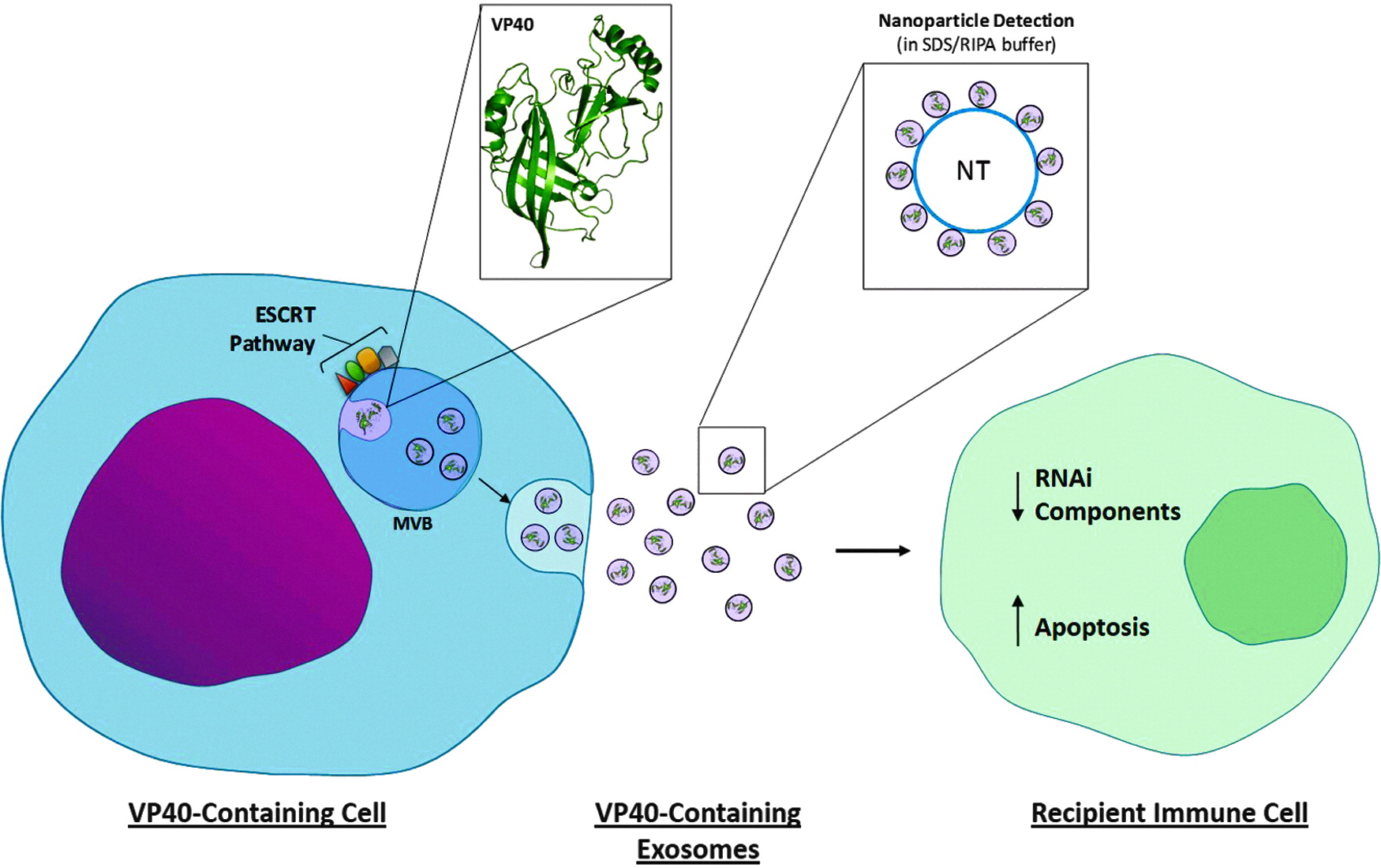 Ebola VP40 protein becomes integrated into exosomes with the modulation of ESCRT pathway components. Upon release, these exosomes can be received by immune cells (i.e., T cells). RNAi components, including Drosha, Dicer, and Ago, in both exosome donor and recipient cells can become downregulated. Recipient immune cells can then take part in programmed cell death. Nanoparticles may be used for the concentration of exosomes to detect viral proteins (and potentially RNAs) from samples, including human material using SDS buffer. ESCRT, endosomal sorting complexes required for transport; SDS, sodium dodecyl sulfate.

“Starting in December 2013, Ebola re-emerged in Western Africa and devastated the population of three countries, prompting an international response of physicians and of basic and translational scientists. This epidemic led to the development of new vaccines, therapeutics, and insights into disease pathogenesis and epidemiology,” says Carol Shoshkes Reiss, PhD, Editor-in-Chief of DNA and Cell Biology and Professor, Departments of Biology and Neural Science, and Global Public Health at New York University, NY. “This paper from Pleet and colleagues is important because it shows that Ebola-infected cells secrete small bits of cytoplasm inside membranes, which contain Ebola viral proteins that can damage neighboring and distant host cells.”