There is increasing evidence that miRNAs, which are enriched in nanovesicles called exosomes, are important regulators of gene expression. When compared to normal pregnancies, gestational diabetes mellitus (GDM) is associated with skeletal muscle insulin resistance as well as increased levels of circulating placental exosomes. Here researchers from the University of Queensland investigated whether placental exosomes in GDM carry a specific set of miRNAs associated with skeletal muscle insulin sensitivity. Exosomes were isolated from chorionic villous (CV) explants from both women with Normal Glucose Tolerant (NGT) and GDM pregnancies. Using miRNA sequencing, they identified a specific set of miRNAs was selectively enriched with exosomes and compared with their cells of origin indicating a specific packaging of miRNAs into exosomes. Gene target and ontology analysis of miRNA differentially expressed in exosomes secreted in GDM compared with NGT are associated with pathways regulating cell migration and carbohydrate metabolism. The researchers determined the expression of a selected set of miRNAs in placenta, plasma and skeletal muscle biopsies from NGT and GDM. Interestingly, the expression of these miRNAs varied in a consistent pattern in the placenta, in circulating exosomes, and in skeletal muscle in GDM. Placental exosomes from GDM pregnancies decreased insulin-stimulated migration and glucose uptake in primary skeletal muscle cells obtained from patients with normal insulin sensitivity. Interestingly, placental exosomes from NGT increase migration and glucose uptake in response to insulin in skeletal muscle from diabetic subjects. These findings suggest that placental exosomes might have a role in the changes on insulin sensitivity in normal and GDM pregnancies. 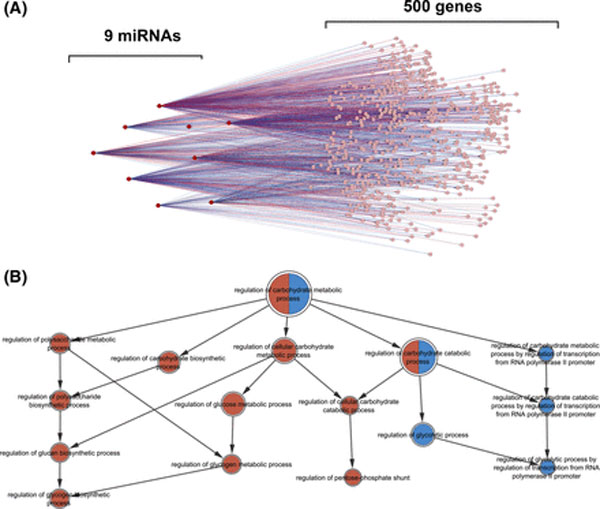 Tagged with: The University of Queensland