IBM scientist Joshua Smith and his team developed a new lab-on-a-chip/nano-DLD technology that can separate biological particles which would be helpful to detect diseases like cancer at an early stage. The researchers at IBM have been working since last three years to develop such effective diagnosis system at the nanoscale.

About 40 percent of the people will be diagnosed with cancer in their lifetime and half of them will not survive. That means two out of the five people you know will be diagnosed with some form of cancer and one will die. Not only you have to suffer from physical agony, but cancer treatments are so costly that almost one-third of the survivors go in debt due to the treatment. 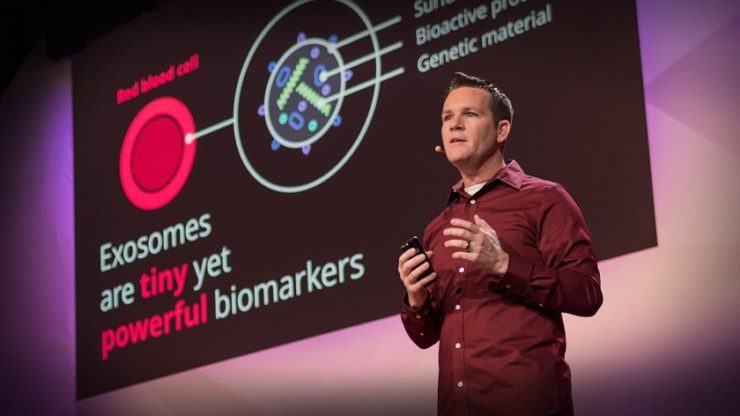 Such diseases are at times physically painful, financially invasive and emotionally draining. It may at times break down the person’s positive will and also the family goes through an extreme emotional havoc. But cancer is not a death sentence; diagnosing it early, the closer its genesis is one of the significant factors for improving its impact and burden. It will enhance the chances to cure the disease without much of the suffering.

It is now high time to develop a formidable weapon that could keep us ahead of the disease instead of, following its relentless wake like a tornado striking suddenly without any warning. For, necessity is the mother of invention; Joshua Smith and the team realized the need to develop such a weapon that is now successful to a major extent.

The era of precise medicinal science found something very useful; tiny vesicles shed by the cells called ‘exosomes’. Exosomes are very powerful biomarkers that are useful for diagnosis and prognosis of malignant tumors. They are an early-warning system that diagnoses the development of any unusual occurrence. Exosomes are shed by the cells in easily accessible bodily fluids such as blood, urine, and saliva.

Joshua Smith and the IBM research team have decided to implement the diagnostics tool via automation. They have created a technology called nano-DLD that is capable of making automated exosome isolation for aiding rapid cancer diagnostics. Exosomes are so tiny, ranging from around 20nm to 150nm; about a million of them can be fit in the single RBC. Communications between cells are built by receiving and absorbing exosomes. Hence, these liquid biopsies provide you a genetic report about the cells health and its origin.

For the isolation of exosomes, firstly they used ultracentrifugation technique. But it requires expensive laboratory equipments, trained lab-tech and around 30 hours of time for the sample processing. So, the researchers are currently trying their hands on deterministic lateral displacement technique to isolate the exosomes.

The ultimate output of the technique should be that the exosome separation process should be as simple as diagnosing blood and urine samples. Once the exosome separation gets successful to an expected extent, the diagnosis of any disease would be possible at a very early stage. On regular physician screenings, the tumors or the viruses can be diagnosed before you get any indication by the symptoms.

IBM researchers are working to develop the efficient method for the bio-particles’ separation. With their vast semiconductor expertise and advancing experimental biology, we are not far from seeing the implementation of this technology at a mainstream level. 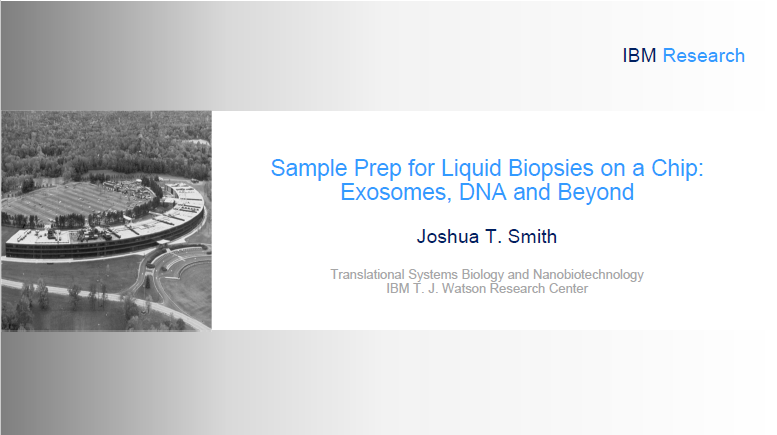