Whether circulating microvesicles convey bioactive signals in neurodegenerative diseases remains currently unknown. In this study, researchers from the University of Oxford investigated the biochemical composition and biological function of exosomes isolated from sera of patients with Parkinson’s disease (PD).

Proteomic analysis was performed on microvesicle preparations from grouped samples of patients with genetic and sporadic forms of PD, amyotrophic lateral sclerosis, and healthy subjects. Nanoparticle-tracking analysis was used to assess the number and size of exosomes between patient groups. To interrogate their biological effect, microvesicles were added to primary rat cortical neurons subjected to either nutrient deprivation or sodium arsenite.

Among 1033 proteins identified, 23 exosome-associated proteins were differentially abundant in PD, including the regulator of exosome biogenesis syntenin 1. These protein changes were detected despite similar exosome numbers across groups suggesting that they may reflect exosome subpopulations with distinct functions. Accordingly, the researchers showed in models of neuronal stress that Parkinson’s-derived microvesicles have a protective effect.

Collectively, these data suggest for the first time that immunophenotyping of circulating exosome subpopulations in PD may lead to a better understanding of the systemic response to neurodegeneration and the development of novel therapeutics. 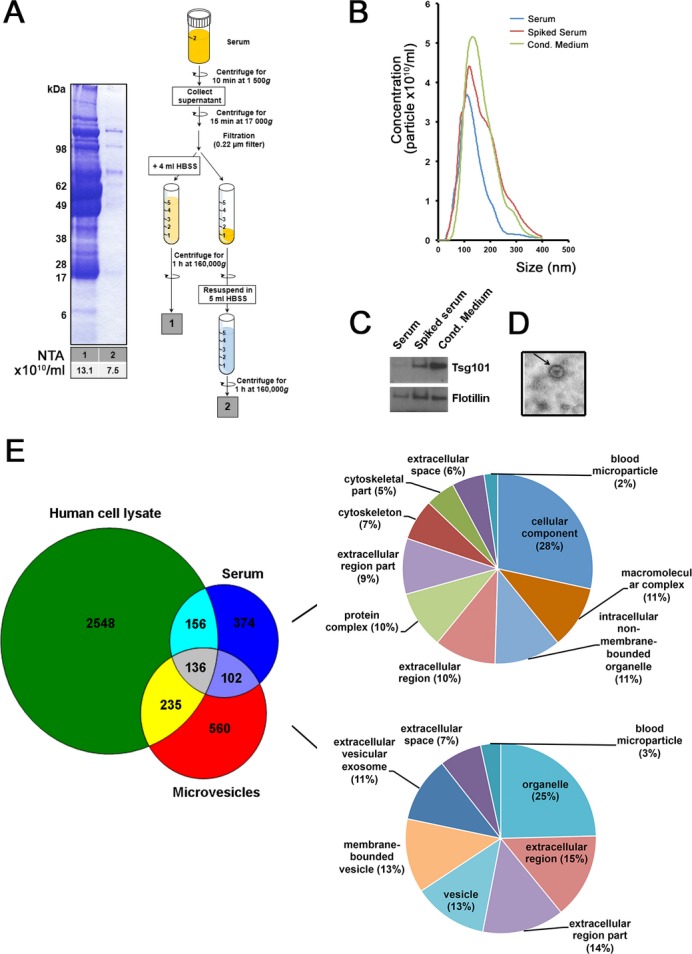 Isolation and characterization of circulating microvesicles.