Exosomes are nanovesicles originating from multivesicular bodies and are released by all cell types. They contain proteins, lipids, microRNAs, mRNAs and DNA fragments, which act as mediators of intercellular communications by inducing phenotypic changes in recipient cells. Tumor-derived exosomes have been shown to play critical roles in different stages of tumor development and metastasis of almost all types of cancer. One of the ways by which exosomes affect tumorigenesis is to manipulate the tumor microenvironments to create tumor permissive “niches”. Whether breast cancer cell secreted exosomes manipulate epithelial cells of the mammary duct to facilitate tumor development is not known. 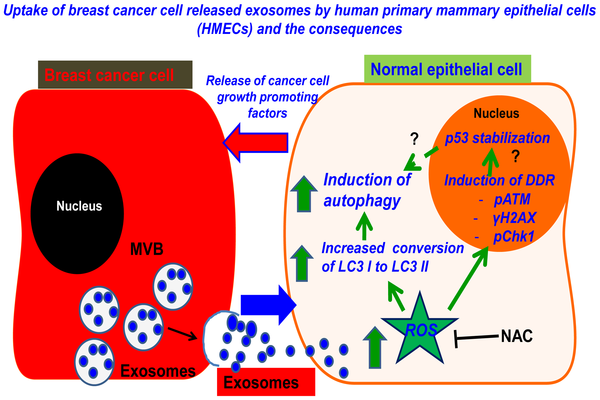