Platelet-derived extracellular vesicles (EVs) participate, for example, in haemostasis, immunity and development. Most studies of platelet EVs have targeted microparticles, whereas exosomes and EV characterization under various conditions have been less analyzed. Studies have been hampered by the difficulty in obtaining EVs free from contaminating cells and platelet remnants.

Researchers at the University of Helsinki have optimized an EV isolation protocol and compared the quantity and protein content of EVs induced by different agonists. Platelets isolated with iodixanol gradient were activated by thrombin and collagen, lipopolysaccharide (LPS) or Ca(2+) ionophore. Microparticles and exosomes were isolated by differential centrifugations. EVs were quantitated by nanoparticle tracking analysis (NTA) and total protein. Size distributions were determined by NTA and electron microscopy. Proteomics was used to characterize the differentially induced EVs. 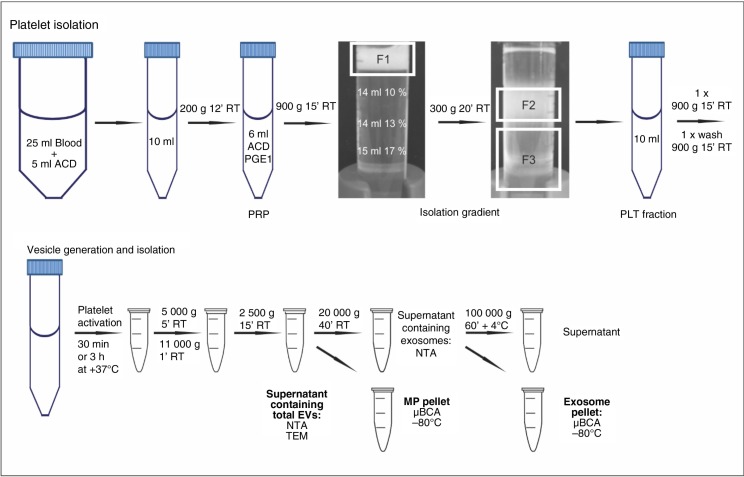 The main EV populations were 100-250 nm and over 90% were <500 nm irrespective of the activation. However, activation pathways differentially regulated the quantity and the quality of EVs, which also formed constitutively. Thrombogenic activation was the most potent physiological EV-generator. LPS was a weak inducer of EVs, which had a selective protein content from the thrombogenic EVs. Ca(2+) ionophore generated a large population of protein-poor and unselectively packed EVs. By proteomic analysis, EVs were highly heterogeneous after the different activations and between the vesicle subpopulations.

Although platelets constitutively release EVs, vesiculation can be increased, and the activation pathway determines the number and the cargo of the formed EVs. These activation-dependent variations render the use of protein content in sample normalization invalid. Since most platelet EVs are 100-250 nm, only a fraction has been analyzed by previously used methods, for example, flow cytometry. As the EV subpopulations could not be distinguished and large vesicle populations may be lost by differential centrifugation, novel methods are required for the isolation and the differentiation of all EVs. 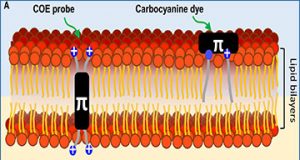 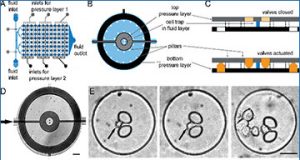 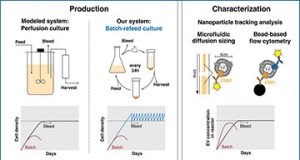 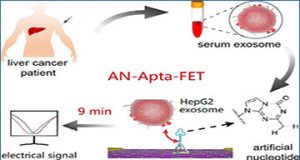 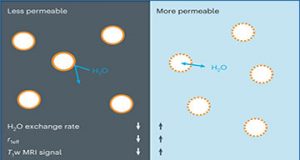